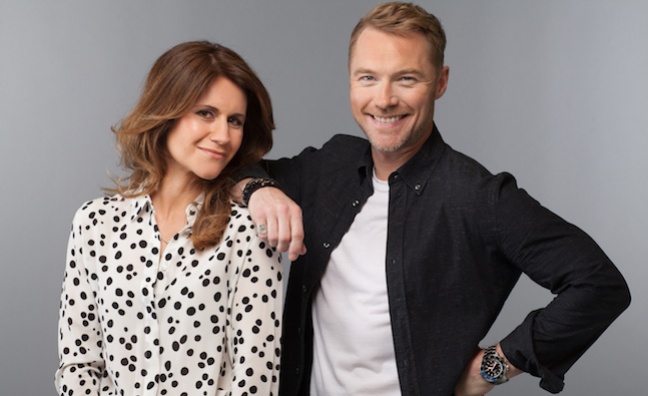 The latest Q4 RAJAR results measure the period up to December 16, so we’ll have to wait a few months for the result of the battle of breakfast between Zoe Ball and Chris Evans. But these figures are still a treasure trove of stats, from in-car DAB to brand extensions. Here’s five key takeaways…

According to the RAJAR results, Greg James is taking the fight to commercial at breakfast with 5.11m listeners from Monday to Thursday, up from 4.88m three months ago. BBC Radio 1’s three-day weekend means it’s now practically impossible to compare his performance directly with that of previous host Nick Grimshaw. Radio 1’s happy enough, though, according to controller Ben Cooper (who prefers a different RAJAR figure that includes young listeners).

“It’s a fantastic start for both Breakfast Shows with Greg James putting on over 300,000 new listeners for a total of 5.59m, and Matt & Mollie with the Weekend Breakfast Show reaching 4m weekly listeners,” he said. “RAJAR figures are only part of the story, and as well as over 10 million listeners, Radio 1 had record highs of 14 million weekly views on Radio 1’s YouTube channel.”

Capital is the No.1 commercial station in London with 1.9m listeners. Roman Kemp retains his commercial breakfast crown in the capital with 915,000 listeners, which is actually actually more than Greg James.

Capital Xtra now reaches 1.8m listeners (up 233,000 year-on-year), while Classic FM was up on the quarter but down 6.4% year-on-year (5.31m) – just as it prepares to face a ratings battle next month from new Bauer Media classical station Scala. Heart was a stronger performer this quarter, up 4.1% year-on-year to 8.54m and up slightly on the quarter.

Ashley Tabor, founder & executive president of Global, said: “We’ve had another superb set of scores right across the group.  Global continues to grow its audience with 25.3 million people tuning in every week, one of our highest ever. We have the top three commercial radio brands nationally in Heart, Capital and Smooth and we’ve set a record high for both the Smooth and LBC networks across the UK.”

Bauer Media networks performed strongly apart from Absolute, which was down 8.5% year-on-year to 2.39m. But the brand had plenty to cheer about, including 30.1% annual growth for digital-only Absolute ’90s (969,000). On the main Absolute station, Dave Berry held on as No.1 national commercial breakfast show with 2.2m listeners (up 3.1% year-on-year).

Meanwhile, Magic’s got the powerful breakfast combination of Ronan Keating and Harriet Scott (pictured) who posted record RAJAR figures of 1.5m (up 8.2%) alongside overall network growth of 8.3% to 4.2m. Kiss was static, digital brand extension Kisstory was up 5.3% year-on-year to 1.8m (but well down on the previous quarter’s 2.16m) and Kiss Fresh posted a record high of 620,000 (up 7.3%).

Dee Ford, group MD radio, Bauer Media, said, “It’s fantastic to see commercial radio being the driving force behind the UK’s love affair with radio. Bauer’s strategy of creating strong and distinctive networks is paying dividends. I’m particularly delighted that Magic has delivered its biggest ever audience, and to top that off, an extra quarter of a million listeners now tune in to Ronan Keating and Harriet Scott at Breakfast.

“Bauer has long been the industry leader in digital listening, and will continue to be on the front-foot by delighting audiences with new and distinctive services such as Scala Radio which launches on March 4.”

Is the FM switchoff going to be on the agenda? Based on the latest RAJAR figures, it might be a little nearer. Digital listening hit a new record share of 52.6% in the latest quarter, up from 49.9% a year earlier. Digital has now been over 50% for four consecutive quarters and it accounts for 51.5% of all BBC radio and 53.9% of commercial radio listening. Bauer Media leads the way with a record high of 65.5% of listening via a digital device.

While streaming is still trying to crack the car, DAB has finally done it, according to Digital Radio UK. In-car digital listening grew by 15 million hours or 19% year on year and reached a new record share of 37.5% of all in car listening. It probably helps that 93% of new cars sold now come with DAB as standard and an additional 2.36m new vehicles were registered with DAB as standard in 2018, according to CAP/SMMT data for Q4 2018.

Thanks to Alexa Skills and smart speakers, radio is competing with streaming on devices in the home too.

“We look forward to the listening data for Q1 2019 which will reflect the massive surge in smart speaker sales and usage post-Christmas and the impact of the new stations and schedules launched in January,” said Ford Ennals, CEO of Digital Radio UK.