Save the date: Music Week Awards move to new venue for 2019 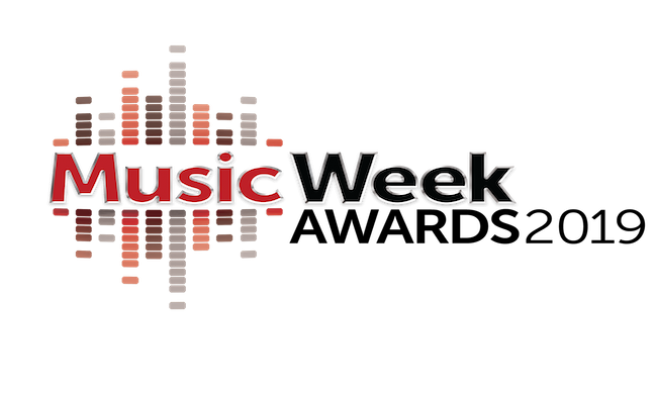 Following on from this year’s incredible, completely sold-out ceremony, we are delighted to announce that next year’s Music Week Awards will be staged in a new venue in order to accommodate more of those who want to join the music industry's most prestigious night out.

The 2019 edition will take place at Battersea Evolution on Thursday, May 9. Entries for the awards are due to open on the week beginning November 26, so don’t miss out on your opportunity to be part of the biggest awards in the biz.

The night was overflowing with highlights, from Warner Music Group CEO, recorded music Max Lousada collecting The Strat – the special award that recognises an industry icon and pioneer – to Ed Sheeran’s manager Stuart Camp, of Grumpy Old Management, being named Manager Of The Year. Elsewhere, Atlantic, Polydor, Sony/ATV, Spotify and Glastonbury were among the big winners.

The night was full of memorable moments, including some impromptu stand-up comedy from Coda’s Alex Hardee, Kilimanjaro's Stuart Galbraith using the spotlight to scald secondary ticketing, and emotional tributes to both George Michael and Avicii.

You can see the full list of winners here and don’t forget to revisit some of the best moments of the night.

Battersea Evolution has previously played host to dozens of illustrious events, including the Olympic Team GB Ball. The new location not only gives the Music Week Awards an increased capacity, but also a more versatile room to house the event itself.

Speaking about the awards, Music Week editor Mark Sutherland said: “The Music Week Awards has always been the biggest and best night out in the music biz. Now, the new venue will ensure we can also put on our greatest show ever as we honour the industry's finest teams and executives. These are fantastic times to be in the business of music and we look forward to celebrating a vintage year in style in May.”

Further details of ticket sales and how to enter the awards will be announced shortly. Stay tuned to musicweek.com for more updates.