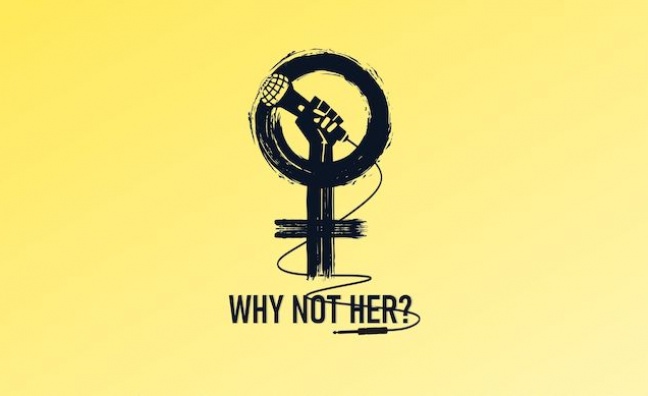 The 2022 UK Gender/Racial Disparity Report in UK Radio, commissioned by the Why Not Her collective, has found significant inequality in airplay across UK radio stations.

An analysis of the Top 20 domestic artists/bands featured across UK radio stations Top 20 airplay charts during the period of August 1, 2021-2022 found that:

Of the Top 100 UK and international songs across UK radio:

Linda Coogan Byrne, lead data analyst/activist and founder at Why Not Her?, said: "It's a real shame that there's a muted desire to genuinely create change and represent a balanced view of music and essentially the storytelling and culture of our people by our musical creatives. Before these gender disparity radio reports, we never would have imagined that radio would proactively amplify, promote and essentially employ one section of society to the detriment of another. It is our hope that these data reports can continue to set the precedent for a lot of change to come. Change can happen at a quick rate when an unconscious bias is stripped back. We hope this report helps to make structural change."

Vick Bain, The F-List/DEI speaker at Why Not Her?, agreed: "It's Groundhog Day for the music industry, or certainly for UK radio. Whilst there are a few stations out there doing the right thing for gender equality, most are definitely not and some have gotten significantly worse over the past year, so it's clear that it's a deliberate policy to exclude women from the airwaves. Quite frankly, I'm pretty exasperated about it."

Winnie Ama, data analyst and activist at Why Not Her?, said: "As a curator, it's one thing to fall into an unconscious habit. However, once you're aware of it and yet you continue as you have done, I think it means that you either don't care about the impact that your role has in shaping national culture or you think that white men should be the authors of British culture with only space for footnotes by women, POC or the LGBTQIA community. It feels very 20th century and we're in the 21st."

Why Not Her? aims to improve gender equality, diversity and inclusion by offering mentorship towards culture change within companies, and offers DEI services and training.