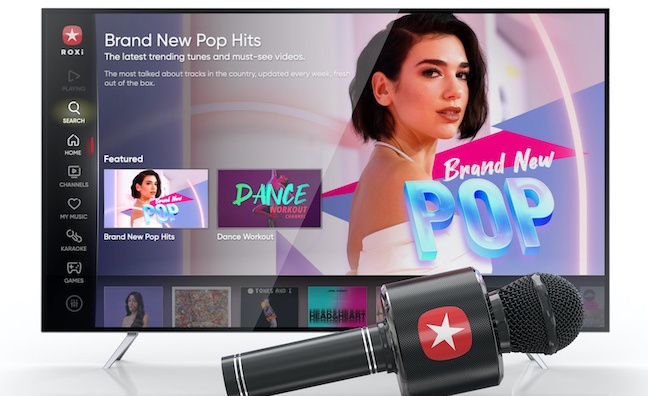 British streaming company Roxi has announced the launch of a new free TV Music App, which will allow users to stream music videos, albums, songs, karaoke tracks, and music games on a range of Smart and Pay TVs.

Users can upgrade for £6.99 per month for ad-free access to all of Roxi’s features.

To celebrate the launch, the company is giving away over one million Roxi karaoke microphones to new users.

Roxi CEO Rob Lewis said: “There’s been a seismic shift in the way we consume and interact with digital entertainment on our TVs. In the past year we have seen spending on digital video services, led by US companies Netflix, Disney+ and Amazon’s Prime Video, surge by 38% year-on-year to £2.9bn. This is the fastest-growing sector of the UK home entertainment market by far. In Roxi we believe the UK will be a leader in this market too.”

“With Brits spending a record £9bn on music, videos and gaming, we are now primed to tap into this cultural trend,” he continued. “We’re doing for music what the video-on-demand services have done for movies on the TV, but for free, and in so doing, consumers have a real free music alternative to YouTube for the first time.”