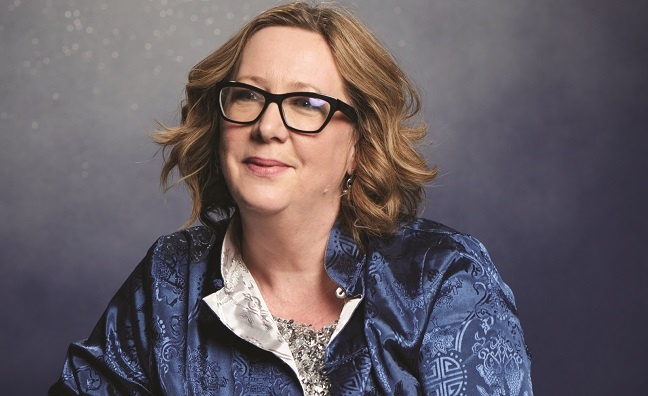 The BRIT Awards with Mastercard is gearing up for its return on Tuesday, February 8 at the O2 Arena.

The upcoming BRIT Awards with Mastercard is the 42nd show in its history, and once more will highlight some of the incredible talent that made the music that lit up our last 12 months. 2021 was a tough year and people, not just in the UK but all around the world, listened to more music than ever before as a way of finding entertainment and respite in difficult times.

As always we, at the BRITs, have a global audience. We treasure our partners: 23years with Mastercard; the 30th year being broadcast on ITV; our digital music partner YouTube Shorts; and our loyal radio partners in BBC, Bauer and Global.   Of course social media is also key to our global reach and the BRITs is fortunate enough that those platforms love the glamour, music and excitement we bring.

But as with any big event - planning is key. Whilst current and on-going circumstances (uncertainties are the pain and bane of preparing big events!) aren’t making things any easier in its staging, we plan for the show to be as spectacular and memorable as ever. The resilience shown by so many UK artists last year creating, writing and recording music, often for them in tough and strange environments, is something that everyone involved in the show admires and shares. That so many achieved the levels of success they did is something we have complete respect for and inspires us to deliver in return. Their music has helped make all our lives just a little bit better.

And it’s not just their music. What is so often overlooked is the fact that the BRIT Awards is a charity show. Over the years it has raised approximately £28m for the BRIT Trust, which is proud to be Music Week’s Charity Partner of the year. We thank them for the support they have given it and all of us.

The BRIT Trust charity was founded in 1989 as an organisation within the BPI, as it wished to enter into a business deal with government to build the first ever free performing arts school for 14-19 year olds. The famous Nordoff Robbins-led Knebworth 1990 show the following year where, amongst others Eric Clapton, Genesis, Elton John, Paul McCartney, Jimmy Page, Pink Floyd, Robert Plant and Cliff Richard all performed, also provided a huge injection of cash that helped the Trust grow significantly faster than it otherwise would have done.

The BRIT Trust’s mission is, simply, “to improve lives through the power of music and the creative arts” – very apt for today’s times. In the last 33 years, it has helped a huge range of charities including Music Support, Mind, Key4Life, Music For My Mind, the Musician’s Benevolent Fund, the Young Person’s Concert Foundation, the Roundhouse Trust and many more. As three time BRIT Award winner and BRITs Icon Sir Elton John once said, “Music has healing power…. the ability to take people out of themselves.” The Trust believes that too.

So the BRIT Awards matter in many ways and what makes next week’s show so special is that it celebrates the 30th anniversary of the school that carries its name – The BRIT School and to which the Trust has donated over £15m in that time.

The BRIT School, located in Selhurst Croydon, opened its doors to 400 students in September 1991. Now, 10,000 alumni later, it has grown into an important success story transforming the lives of thousands of young people. Former students, who have sold well over 200 million albums have won 12 BRIT Awards, 19 Grammys, two BAFTAs and two Oscars, and as it teaches beyond just music and into other areas of the arts and related technology, a Laurence Olivier Award, a UK Theatre Award and two London Evening Standard Awards.

Stop and think back a few weeks and consider that this extraordinary establishment produced the talent that was delivering two of the entertainment blockbusters of the holiday period – Adele with her majestic album 30 and Tom Holland starring in the humorous and highly entertaining Spider-Man: No Way Home.

And, of course, this cultural role, this contribution to the arts by former students, translates into cash. Pre-pandemic the UK’s Creative Industries’ sector (it grew over 40% in the last decade and is the overall economy’s fastest growing sector) was worth £116bn, accounting for 5.9% of the UK economy. In addition this year, as recognition of that contribution we have a unique tie-up with Awards’ sponsors Mastercard in the shape of their #ShoutOut campaign, headed by former student and DJ/author Gemma Cairney. This campaign is allowing current students to reimagine Mastercard’s sonic brand and then featuring their work across the show (in the ad breaks) and across socials.

Much of this just would not have been possible without the BRIT Awards and the hundreds of artists who have appeared over the years. The show, watched around the world, matters not just for highlighting UK, and global, talent but also for so many other reasons and the BRIT School, admired and written about around the world, is one of them.

Of course this is the Queen’s Platinum Jubilee year, and I must finish on this note because her 70 years on the throne have seen an extraordinary flowering of UK music. Coincidentally, nine months after coming onto the throne in 1952, NME published the first ever top ten – though, were it not for three entries from Vera Lynn, there would have been no British singers represented at all!

The first Britannia awards show (as it was called then) took place in 1977 - indeed to specifically mark - her silver jubilee; she visited the BRIT School in her Golden Jubilee and here we are 25 years later, as I say, in her Platinum Jubilee year with the BRIT School celebrating its 30th. How so much has changed and evolved in her reign! The BRITs rule!