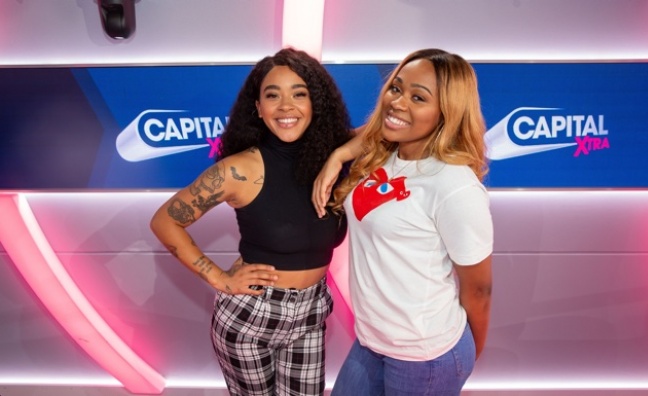 Global has announced that Yinka Bokinni and Shayna Marie Birch-Campbell are to become the new hosts of the Capital Xtra Breakfast Show.

The duo will take up their slots every weekday morning, 6.30am to 10am, from Monday, September 9.

Bokinni joined the urban, hip-hop, grime, garage, dance and R&B station in 2016 as the host of the Capital Xtra Evening Show, while Birch-Campbell started in January this year to host her own Friday night show well as a Saturday morning show with Bokinni. She previously featured as a guest mix DJ on Capital Xtra’s Homegrown.

Al Smith, deputy managing editor of Capital Xtra, said: “We’re thrilled to confirm Yinka and Shayna Marie as the hosts of the new breakfast show on Capital Xtra. They have a brilliant chemistry and an infectious energy, and we’re proud to be launching a brand new breakfast show fronted by two hugely talented rising stars.

"Capital Xtra is celebrating its highest ever listening figures with a record 1.9 million listeners tuning in every week – it’s a really exciting time for the station.”

Bokinni said: “I’m proper excited to be the new host of the Capital Xtra Breakfast Show alongside Shayna Marie. It’s such an honour. We’re going to bring a really friendly energy and vibe to our new show - we want our listeners to feel like they’re listening to their mates every morning. We’ll be playing the biggest tunes, all the newest cuts, the hottest drops and the very best of Reloaded and Homegrown, supporting our own UK talent. I can’t wait to get started!”

Birch-Campbell said: “I’m so excited to start presenting on the Capital Xtra Breakfast Show with Yinka. This truly is a dream come true. We’ll be bringing the biggest energy, best tunes and nonstop vibes! We always have such a laugh in the studio. This is going to be super-fun!”