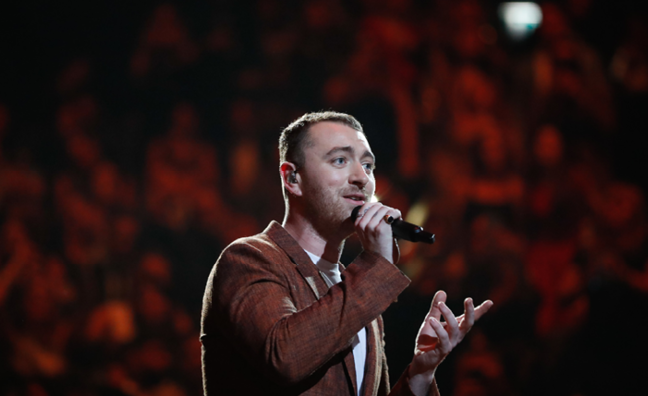 It’s barely a week after the BRITs but that hasn’t stopped media giant Global from launching a new music awards show tonight (March 1).

“Given the range of brands Global has built and the multi-platform nature of the event, it feels like there is potential for huge audience reach,” said Christian Nockall, director of Music Week Awards-nominated promotions company Your Army, whose clients include Sam Smith, London Grammar and Jax Jones.

The ceremony will be live on Heart TV and Capital TV from 7.30pm. It will also be live-streamed on all Global’s brand websites and receive extensive coverage on its radio networks.

“Anything that celebrates music is a good thing,” said Kevin McCabe, of Kevin McCabe Promotions, which represents Kylie Minogue, Franz Ferdinand and Radiohead. He added that it works “strategically” in Q1 as the company has its popular Summertime Ball and Jingle Bell Ball lined up for later in the year.

Molly Ladbrook-Hutt, director of media at Decca Records, said the range of talent made the show a good fit for Decca artist Bocelli.

“The Global Awards are unique in the UK as they celebrate a wide spectrum of music genres,” she said.

Ladbrook-Hutt noted that Bocelli has proved he can perform alongside pop acts, citing an appearance at a Children In Need concert in Manchester.

“Lady Gaga was on before him and Coldplay on after - but when Andrea performed Nessun Dorma you could hear a pin drop,” she said. “Everyone in that arena appreciated that performance even if they were unfamiliar with the song or the artist. That's the joy of music - we can appreciate it for exactly that moment even if it's not something we would normally listen to."

International Agent Andrea Primicerio, of Klassics Music Management, told Music Week that Global has been a strong supporter of Bocelli.

“Global have been a huge part of Andrea's musical journey over the years,” he said. “We are honoured to receive the invitation for him to perform at their inaugural awards as a way of saying thanks, not only for their continuing support, but the support of their listeners and fans as well.

“Classic FM and Global have been huge champions of Andrea throughout his career, and we look forward to working with them on all our future projects and endeavours including the London and Dublin shows towards the end of the year.”

Primicerio added that Bocelli’s “billing alongside pop artists is testament to his huge success and relevance in today's musical landscape”.

Music Week subscribers can read the full report on the awards here - including the verdict of Universal Music UK's chairman/CEO David Joseph.