'There was nothing to do in the '90s!': PR guru Phill Savidge on the heady days of Britpop 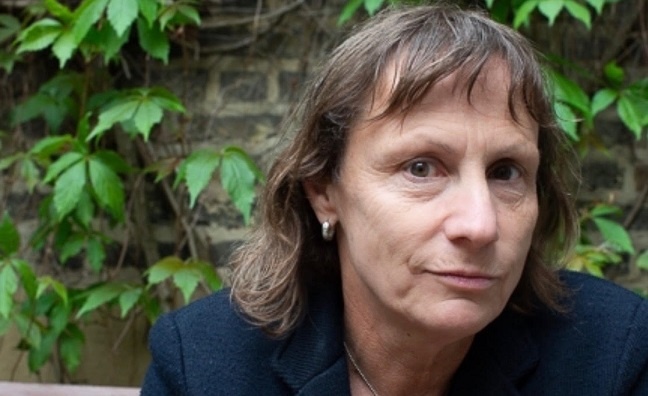 Music business trend watchers will no doubt have noticed that the ‘90s seem to be undergoing something of a revival at the moment.

The Spice Girls are back filling stadiums, Sleeper are back together and Richard Ashcroft has even managed to get the rights to Bitter Sweet Symphony back from the Rolling Stones.

And anyone looking for a further nostalgia fix – or to find out what they missed out on – could do a lot worse than get themselves a copy of Phill Savidge’s new memoir, Lunch With The Wild Frontiers.

Savidge was one half of ‘90s PR firm Savage & Best which, as the publicity gurus behind Suede, Elastica, Pulp and many more, were one of the main instigators of Britpop.

His book, published by Jawbone Press and out now, is an entertaining romp through the period, featuring riotous stories about everyone from Jarvis Cocker to Keith Allen and David Bowie to Dave Stewart.

So Savidge, now founder of his own firm Phill Savidge PR, sat down with Music Week to talk Suede, social media and the ‘chaos’ of Fat Les...

What made you want to write the book?

“PRs often take their secrets to the grave and some people will wonder whether PRs can actually write. But I’ve always written. But actually the main reason was I run every day, but I tore the ligaments in my left knee and I couldn’t walk. So I thought, ‘Well, I’d better do something useful’ so I started writing down some stories. I’ve always wanted to write something creative but people say, ‘Write what you know, write all those stories’. So I wrote some of them down and showed them to someone who said, ‘These are really good’. So I showed them to an agent and they said, ‘These are really great, have you got any more?’ So I lied and said, ‘Yes’, started writing more and eventually I had 13-and-a-half.”

Did Jarvis Cocker really drop you as his PR because an Observer journalist said you were more glamorous than he was?

“Well, no, not exactly. But obviously it’s never a good idea for a PR to get in the way of the story. Jarvis might feel it’s odd that I talk about the frosty relationship we had, as I’m not sure he would have noticed that we did have a frosty relationship! You’d think that a PR and their charge have great relationships, but sometimes they’re not as rosy as people think they are. But me and Jarvis stopped working together because Savage & Best split up. Everyone had to go with someone. Suede stayed with me and it could never have been any other way. But because Pulp were John Best’s friends, Jarvis went with John. But then, when John and I split up, I was seriously not caring about anything, it was another attempt to leave the music business which I’ve failed to do many times!”

You got Suede on magazine covers before they’d released a record. Could a band break like that nowadays?

“No, not through the press. It can happen through social media like Billie Eilish, but it’s pretty impossible to break through the press nowadays. Everything’s online and it’s been spread out so much. There’s a lot more music out there and it’s just as good, but it’s harder to find. Because of that it’s quite difficult to get behind one thing and big it up. So I don’t think it’ll happen again.”

Was working with Fat Les as chaotic as it looked?

“It was total chaos! We did videos on the EastEnders set marching to Top Of The Pops, before the song had even been released. It was completely out of control, but Vindaloo sold nearly a million copies. It was amazing fun, but it was diminishing returns after that. They were completely mad and all over the place and then in the end it really was, ‘No one’s fucking interested’. It didn’t matter how clever you were with the 2012 Olympics and calling it Fit Les, people just weren’t interested. Fair enough, there are so many other things to be interested in these days. There was nothing to do in the ‘90s!”

What was your proudest moment as a PR?

“The moment for me that I most enjoyed was Pulp standing in for The Stone Roses at Glastonbury in 1995. I was worried they were going to be bottled off by pissed-up Stone Roses fans, I didn’t think anybody would know who they were because we’d taken them on 10 years into their career. I was incredibly nervous and there were 100,000 people there. But when they came on it was unbelievable, it was joyous. It was a really special moment because it felt like they weren’t a secret in the office anymore, they were a massive thing.”

How has the rise of social media affected PR?

“I personally have never been a fan of Twitter because everyone seems to follow friends with exactly the same opinions as themselves. That’s why I prefer newspapers, because there are lots of different opinions in them. You can actually get your reputation ruined if you like a tweet by someone with a terrible opinion, that could ruin your career. And some PRs have to tweet out all the stories about their bands and I couldn’t do that. If it’s in there in the first place, that should be enough. I know you’re supposed to double up by tweeting it everywhere but it just seems a bit desperate to me.”

Will there be a follow-up to the book?

“I’m tentatively writing another one called Dinner With The Wild Frontiers, which is set in a post-internet marketing world, with stories from after this book ends. There’s a George Michael story in there and another one called ‘Tim Booth thinks he knows me’…”