Music Cities' Shain Shapiro: 'Gentrification's not a threat, it's an opportunity' 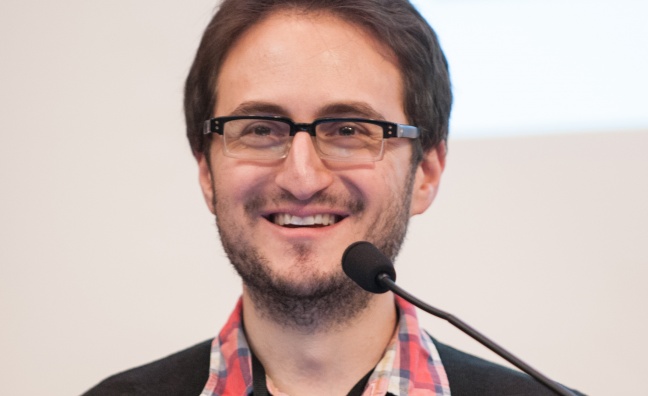 The third edition of Music Cities Convention will return to Brighton on May 18 and will take place at the Sallis Benney Theatre.

The Convention brings together the top minds from municipalities, regions, academics, consultants and the music industry to discuss, debate and introduce new thinking, action and structure to develop more vibrant, global cities.

What do you think will be the highlights of this year’s Music Cities convention? Why should people come along?  ?

There's so many highlights to me, but I do feel one of the most exciting talks to look forward to is Jocelyn Kane from San Francisco. They pioneered a new type of building codes that requires noise assessments and community consultations to be brought in that protect nightclubs, bars and music venues from new developments. Or Bjorn Blondal, the leader of Reykjavik City Council who is also the bass player in HAM, a famous Iceland punk band. And one of my biggest influences, Charles Landry, a cultural theorist and urbanist.  But I feel people should come along to understand the role music has on place making and the cities we live in.  What we do is incredibly important to shape the places we live, and we need a more active role in that.

How much traction has the Music Cities movement gained since your first event?

It's about a year old and it's night and day. When we started, the term wasn't fully understood and now most cities understand what it is, or at least have their own interpretation of what a music city means to them. But the fact that we're having an apolitical, sector neutral debate that supports our industry, and having supportive conversations with all levels of government is a great sign.  ?

What have been the key developments in the Music Cities movement in the last year?

In June of last year, Music Canada (the BPI of Canada) published a report about Music Cities, which helped massively in contextualising and qualifying the topic. We did a Music Cities Convention in Washington, DC which made us more aware of the work being done around the US for the last five to seven years, including in Austin, Seattle, Chicago and Denver.  There have been music cities strategies written about Sheffield, Katowice in Poland, Toronto, Chicago, Adelaide, Odense and Aarhus in Denmark and many other cities.  And in London, the GLA has created the London Music Board and Night Time Commission, as well as published the Music Venues Rescue Plan. Lots has happened.

The new London mayor, Sadiq Khan, has announced his intention to appoint a new ‘night mayor’. What can he learn from other cities with such a role?

I am the Secretariat of the Night Time Commission, which will advise the new Mayor on the position, and I was lucky to go to the Night Mayor Summit in Amsterdam a few weeks ago. What we learned, and what we'll pass on, is that this is a movement that over 30 major cities are having. We've also learned that we have to do it in the way that works for us. In Amsterdam the Night Mayor is voted in (and he's a terrific influence and speaking at Music Cities Convention), in Geneva it's a 'Grand Council of the Night'. In Toulouse it's a non-profit foundation. I think for us we need to ascertain what kind of 24-hour city we are, and then work to implement the most forward thinking, apolitical policies to work towards that.

How big a threat is gentrification and the demand for more housing to the music scene in modern cities?

It's not a threat, it's an opportunity. Gentrification is a challenge as it always pushes someone out when letting someone else in. But housing is a basic human right and music cities works alongside. We want more and better housing, just in a way that can exist peacefully alongside other uses, as and when required. So having housing on top of venues, for example, is a solution. And taking greater risks at putting nightclubs and entertainment districts in city fringes, which Amsterdam did. With the Night Tube, for example, it both brings people in and takes people out.  We can mould our work with the need for housing and they can work together.  It's never, ever either/or.  It's both.