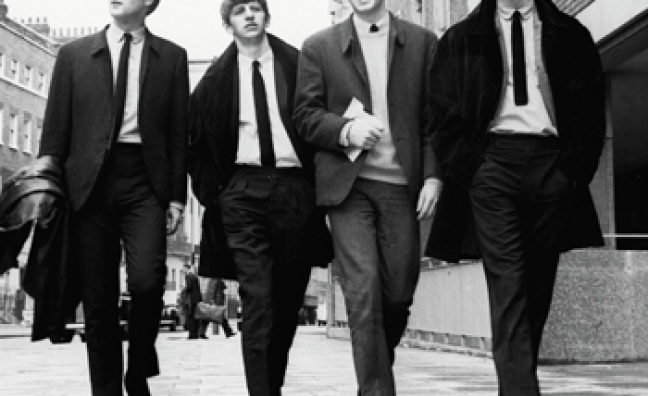 Tony Barrow, theman who coined the term Fab Four, died on Saturday, May 14 in Morecambe, England at age 80. Barrow worked with The Beatles from 1962-1968 and went on to work with the Kinks and The Monkees. Paul McCartney tweeted: "Tony Barrow was a lovely guy who helped us in the early years of The Beatles. He was super professional but always ready for a laugh. He will be missed but remembered by many of us."  (BIllboard)

Music Biz Convention 2016 in Nashville to focus on data issues

Data and metada issues will feature high on the agenda of the Music Biz 2016 convention, held May 16-18 at the Renaissance Nashville Hotel, which will gather several thousand industry representatives from retail, digital distribution, labels, publishers as well as researchers and experts. It is the second year in a row that the Music Business Association (known as Music Biz) hosts its annual convention in Nashville, one of America's foremost music capitals. The Music Biz conventions have traditionally been the forum to discuss the future of music retail (especially when it was known as NARM) and with the changes in the way music is accessed and distributed, the conference has gained a strong digital flavour.

Jamala from Ukraine won this year's Eurovision with 534 points with the song 1944. In second place was Australia with 511 points, from Dami Im's Sound Of Silence, and Russia came third with 491 points, from You Are The Only One sung by Sergey Lazarev. Australia had the lead with the jury votes, but the public televoting overturned that and allowed Ukraine a 23 point lead.

Oasis documentary due in October 2016

Filmmakers have been given unprecedented access to the band allowing a rare insight into their world along with never before seen archive material. The documentary has been made by award-winning filmmaker Mat Whitecross and Academy Award-winning producer James Gay Rees (AMY), alongside Fiona Neilson, Simon Halfon and Academy Award-winning executive producer Asif Kapadia. Lorton Distribution  ?will be releasing the film in the UK this October.

The Indie Music Cup will see 16 teams play football to raise money for charity MSF. The independent Médecins Sans Frontières is a leading emergency medical humanitarian aid organisation. They provide emergency assistance to people affected by armed conflict, epidemics and natural or man-made disasters, without discrimination and irrespective of race, religion, gender or political affiliation. They work in over 60 countries and go to the places where others cannot or choose not to go.

Gregory Porter's newly-released album Take Me To The Alley has become the first jazz record to break into the Top 5 for over ten years. Released last Friday, Take Me To The Alley, was met by 4 and 5 star album reviews in the national press, and becomes Porter's highest chart position yet. This extreme lift in popularity puts Gregory safely above current pop albums from the likes of Justin Bieber, Jess Glynne and Adele and just behind Drake, Beyonce, Skepta and Radiohead. It is the first time a jazz album has been in the Top 5 of the charts since Jamie Cullum with Catching Tales in 2005.

Electronic Arts Inc. has collaborated with Scottish electronic group, CHVRCHES, who composed the original song, Warning Call, for the upcoming video game, Mirror’s Edge Catalyst. Warning Call is available to stream and download at all major service providers. Mirror’s Edge Catalyst launches in North America on June 7 and in Europe on June 9 for PlayStation 4, Xbox One and Origin for PC. "We were honored to be asked to contribute to the soundtrack for Mirror’s Edge Catalyst. The sound of CHVRCHES' music resonates with the minimalist sci-fi dystopia of the Mirror’s Edge world, and we feel that the song complements the drama, emotion and empowering themes of Faith's story,” said Iain Cook from CHVRCHES.

In addition to the regular charts and analysis, this week's issue of your favourite weekly magazine, Music Week, features a preview of The Great Escape and an interview with soulful rock band The Heavy, while the Big Interview slot is taken by Rough Trade Publishing. In the news we speak to Alison Wenham about her new role, and to Mumford & Sons manager Adam Tudhope about the Touts Out petition. And, we bring you the lowdown on Polydor’s new management team… Subscribe here.