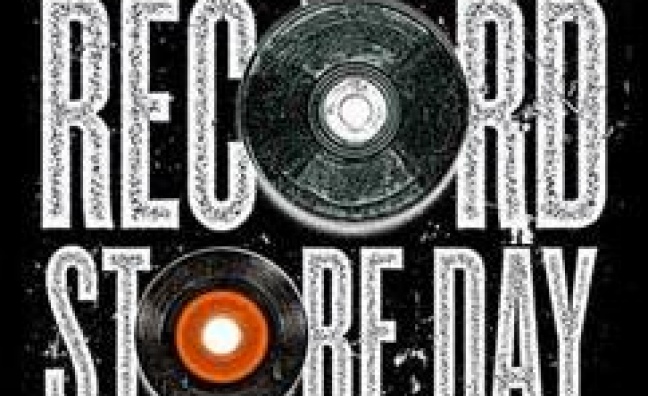 Preliminary figures show that this year’s Record Store Day was a hit, with sales up 14% year-on-year – and retailers seemed to agree that the vinyl revival isn’t going anywhere. While singles sales were down 2%, LPs were up 35% year-on-year, and the annual celebration bled into the following sales week as well.

More than 230 independent shops participated in this year’s event, with live performances and special events making it one of the largest simultaneous music parties the UK has ever seen. Of the 500 limited edition releases available, David Bowie topped both the Record Store Day singles and album chart with his 7” picture disc TVC 15 and The Man Who Sold the World LP with the original German cover artwork on the disc.

Head’s new Cardiff store celebrated the day for the first time, with the store reportedly taking the same money as its Bristol branch did in 2015, after growing for five years. Pete Tatlow told Music Week: “We had tons of customers that came away with 100% of their picks this year, compared to not finding anything over previous years at smaller stores. Not only will they spend RSD with us again next year, they will shop with us all year round, knowing that we know what we’re doing at Head.”

Brighton’s Resident Music expanded its store at the beginning of the year, effectively doubling its floor space by moving into the shop next door. Sales on Record Store Day were up 20% year-on-year, with Natasha Youngs saying: “The queue was bigger than ever, the sales were bigger than ever, the atmosphere was better than ever and we had an absolutely incredible day, which hasn't really stopped and is rolling into this week."

Jon Tolley of Banquet Records similarly noted: “On the Saturday just gone we had 60 times the amount of cash in the till we did the week before. But we don’t judge how successful something is solely on units shifted. We want to judge it on the vibe and the sustainability of it all.  And on those criteria, we had the best day and Record Store Day – and Banquet – is here to stay.”

That said though, there are always ways for Record Store Day to improve – especially ahead of its 10th anniversary next year. Tatlow said: “RSD has played a huge part in the growth of vinyl sales all year round by establishing a format that still experiments. We think the labels are missing an opportunity in not taking advantage of this. The ‘indie only’ coloured editions that some labels release are a good start, but we need more of these and more regularly.”

Youngs added: “I personally would like to see more quality releases and reissues of albums we would be desperate to see on our shelves normally, but done as a special edition for RSD. I'd also like to see more releases from up and coming bands or newly established big acts. There are also plenty of albums that never came out on vinyl when the format went through a massive slump which would be great to revisit now.”

Rough Trade’s Rob Bignell commented: “Record shops are of course for life, not just Record Store Day, but to have a day annually where all record shops are packed out, social media and radio is dominated by talk of record shops, and prompting tons of new customers to visit these shops for the first time, firmly outweighs the negative aspects of it, as far as we’re concerned.

“The quality of titles released, flippers, and the supply and demand gamble has always been an issue, but the work we all put in leading up to it and on the day itself is well worth it from our perspective. It’s the 10th anniversary of RSD next year of course, so it'll be interesting to see what’s in store for that.”