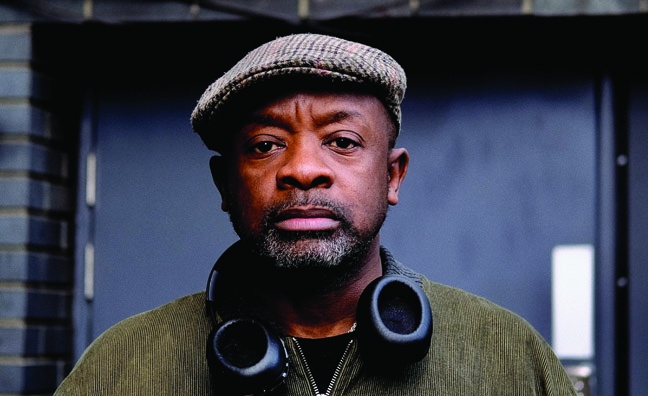 In the latest edition of Music Week, we speak to a host of key names from the black music community to look at the impact #TheShowMustBePaused had on the industry.

I am shook right now. We’re at a unique point in time. The UK is facing up to the fact that it has its own racism to deal with. And what Keith Harris’ open letter taught us is that this can not be a time where hollow posts happen and then everything gets smothered. The people, organisations, labels and publishers that are posting should follow through.

Do I think they will? I’m an optimist. I always have been. If I wasn’t, I don’t even think I would have been able to survive in this industry. For me to even make it here to talk to you, my optimism was instilled by my mother saying, ‘Listen, you can do it’ against all sorts of odds. And by the way that, as a conversation, is something that is echoed throughout UK black, Asian and people of colour households. During Black Out Tuesday, I was on Zoom calls with many executives from around the world of black music. My experience, weirdly, was not so much on Twitter, it was actually talking to people about implementing change. I woke up going, ‘Come on, we can do it!’

As people are beginning to realise, black people in this industry have a very, very serious mountain to climb indeed. Let’s look at Keith Harris, who I call ‘dad’ as a term of respect and endearment. As far as I’m concerned, I would not be in my position without him. I owe him a lot. Let’s understand this: he is an executive from the UK that was personally plucked by Stevie Wonder to represent him, and yet he could not get a job in the UK for 25 years. To me that says everything.

I would like to say this to the managing directors of record labels: a lot of the leaders from our sphere are black women. So go give them big jobs. Not small jobs, big jobs.

Yes, it’s hard for people of colour, it is hard. But it ain’t impossible. It is not impossible. Look at a black exec like Joe Kentish from Warner Bros: he had Dua Lipa as a signing. There’s another kid from an area somewhere that’s going to look at him and say, ‘I can do that, too!’ To me, it is the job of the MDs to get that message through that it is possible. And the next generation is another thing: I take a lot of heart from the new generation who are teaching me. I sit on Zooms with them and I love their fearlessness. The new generation has come and they’ve properly kicked people’s ass because they ain’t taking it. Which is what a new generation is supposed to do.

I think the organisations have to open their discussion on how they are actively supporting black people, music creators and charities. When you look at the US Top 10 and you go, ‘Hold on a second – in the USA Top 10 all year, percentage-wise, how many of the Top 10 hits were from black music?’ The percentage will probably be between 65 and 70%. And that’s me being conservative. It’s bigger than music, it’s about giving back. That’s really, really important, and so is unconscious bias training, plus diversity task forces that actually do something.

Education is a thing that a person has to take on – and be open to take on – especially if they are an employee in a huge position where they are dealing with millions and millions of pounds worth of black music. And use the word black music as well. We’re past the point of being scared to use it.

Listen, if someone is the boss of a record label or a chairman or whatever, my question for them is: have you read Akala’s book Natives? My next question to them is, ‘OK, have you read Brit(ish) by Afua Hirsch?’ My next question is, ‘OK, now you’ve got those two – good – have you read Why I’m No Longer Talking To White People About Race by Reni Eddo-Lodge? If you’ve read those three, then come, let’s talk, because at least I’m not going to have to try and start my conversation with you about this whole subject from a position of trying to get you to understand a whole load of stuff.

It is kind of like someone saying, I’m gonna drive a car’ and you go, ‘Great! Have you had any lessons?’ and they go, ‘No!’… You need driving lessons. For that car not to have a driver that has informed themselves on how to drive on those roads, things can get a bit screechy. But those three books should not be, and cannot be, the end of your education. And I would also like to say this to the managing directors of record labels: a lot of the leaders from our sphere are black women. So go give them big jobs. Not small jobs, big jobs.