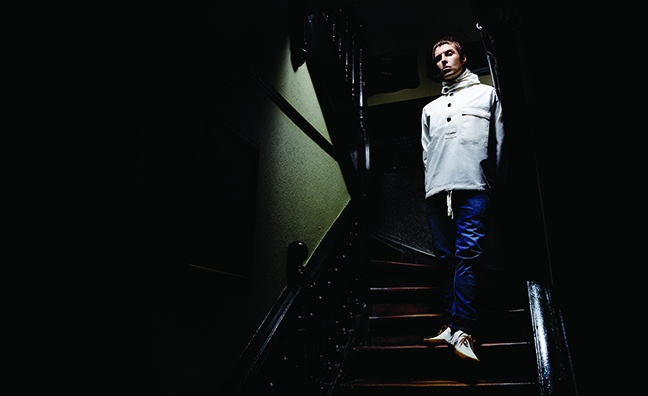 Liam Gallagher’s stunning album sales performance, shifting over 100,000 copies of solo debut As You Were to land at No.1, could be significant in all sorts of ways.

It shows there’s still an audience for rock music. Even more remarkably, the record’s very healthy streaming figures show there is actually an audience for guitar music on Spotify. Meanwhile, Warner/Chappell’s successful partnering of Gallagher with top songwriters shows that the co-writing trend can potentially benefit anyone, not just pop producers churning out bangers.

But for me, the most significant aspect of his success may involve Gallagher’s style of promotion. This was old school rock stardom reinvented for the social media age, Liam’s brand of sweary wit and charisma working just as well on Twitter as on Graham Norton’s sofa or in last week’s much-buzzed-about Music Week cover feature.

As You Were is, as it turns out, a great album. But it’s being able to see Liam’s personality in full effect that has showed it in its best light. Ditto Eminem, whose blistering attack on Donald Trump has fired up excitement for his own imminent return. So too, Wolf Alice singer Ellie Rowsell, whose forthright opinions and staunch support for Labour sparked a rallying tweet from Jeremy Corbyn during her band’s recent chart battle with Shania Twain.

Social media can easily trip up a star in public, particularly the younger ones with less experience. But the biz should be wary of taking all the rough edges off its talent with media training and carefully controlled campaigns.

After all, a huge part of music’s appeal is still down to personality and having something to say. Liam knows that and that’s why he’s not only No.1, but crossing over to a whole new audience. As you were.