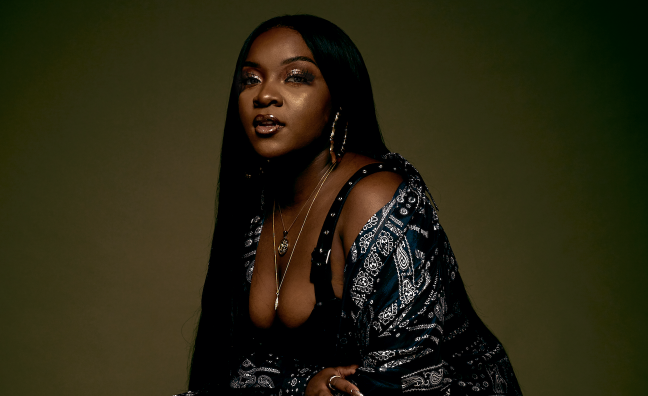 Here, Ray Blk, winner of the New Artist award at the Music Week Women In Music Awards in 2017, looks back on her path through the industry, speaking out for the first time on the anxiety and pressure she faced as a breaking artist and calling on labels and publishers to act now to fight racism...

I’ve never been this sad about any social issue before. Everybody has reached breaking point. A day isn’t enough to allow the music industry to feel the impact of black people no longer taking part in the circus. It doesn’t allow them to see the impact that black people actually have and why we should be supported, respected and highlighted, so people can feel our effect, how influential we are and respect what we bring to the table.

Any sort of initiative that makes people more aware of the issues and educates, I’m here for, but I want to hear what these executives, labels and companies are going to do to actually create change. I don’t want to hear that people are sitting at home thinking about what’s going on in the world. No, I want to see what your company is going to do. What commitment are you going to make that is going to create change? Whether that’s saying you’re going to make sure that you are hiring as many black or diverse employees as you are those who are not, or signing just as many black artists, females included, as white artists.

I won’t think anything is going to happen until I see commitment. Putting up a black square or saying, ‘We stand with you’ does absolutely nothing.

My existence as one of three or four notable black female artists currently in the UK industry says it all. Just the fact that I hear things like, ‘You’re the only black woman signed to your record company’ or, ‘You’re one of a few black [British] females signed to Universal as a whole’, that says it all.

British racism, for the most part, is covert. Black people have been saying there’s colourism in the industry and nothing has changed. It’s not the fact that there aren’t black or dark skinned women available or talented enough, I meet them all the time. It’s just that record labels, publishing companies and festival bookers don’t think they deserve attention.

If labels and publishers are not signing black women, how will they get the exposure they deserve?

It’s institutionalised racism and the consistent reinforcing of European standards of beauty. In this music industry, a lot of people listen to music with their eyes instead of their ears. If they feel like your look is not palatable with the general public or the majority, that being white, they don’t want to give you a chance. And really, it’s the job of the people at the top. If labels and publishing companies are not signing black women, then how will these artists get the exposure they deserve? They won’t. Then that trickles down, that’s the reason we don’t see them on the line-up at festivals or on the TV, why they’re not on the playlists on Spotify or Apple.

It’s been great to see playlists on DSPs tailored to pushing black music, black culture, black artists. That’s part of the reason why UK hip-hop, drill and rap are flourishing, but I would like to see the same happen for black women. As we should all know by now, black women are right at the bottom of the food chain.

The support I’ve had in my career is because key figures, whether that’s black women at radio or magazines, have seen me as somebody who looks like them and somebody who, I guess, they should support and champion. I’m so grateful for those people and I feel the reason why I won the BBC Sound Poll [in 2017] is because people were like, ‘Oh my God, this is an opportunity to see what we’ve been looking for.’ Respect and gratitude to those who showed me the support, but we need to see more. It’s so sad that I’ve almost become a symbol of the black female struggle in the industry.

I felt so much fear getting on stages, doing interviews and releasing music

Coming into this industry, a lot of people saw me as somebody who was going to create the start of something new, the beginning of more black women coming in, I feel like that’s why I got a lot of support from my community. With that came a lot of pressure to make sure I represent my community in the best way possible, because we don’t get these chances. I felt so much fear getting on stages, doing interviews and releasing music because I was continuously told, ‘This doesn’t happen to people like us.’ I felt I had to hold onto it with both hands and not make any mistakes.

I felt so much anxiety for a long time. Selling out O2 Shepherd’s Bush Empire as an unsigned artist should have been one of my most exciting moments, but I was crying my eyes out because I was so scared that if I didn’t do everything perfectly, this opportunity that white people had given me would be taken away.

As a black person, you have to be twice, three times as good to get the same level of exposure or success. You have to be extremely excellent and there was so much pressure on me. I wasn’t allowed the grace to be mediocre because I’m a black woman.

I feel like I have to carry myself in a way where I’m a good example of my people so others don’t continue to smear us, shame us, misinterpret us. Sadly, when black people make the same mistakes white people make, it not only damages the person but the whole community.

Now we’re saying, ‘No, if you want to enjoy my culture, part of my culture is unfortunately my struggle.’ I want to call people out. I don’t want to see your banner or your coloured fist emoji. It’s time to act.