Just duo it: Why it now takes two to run a major music company 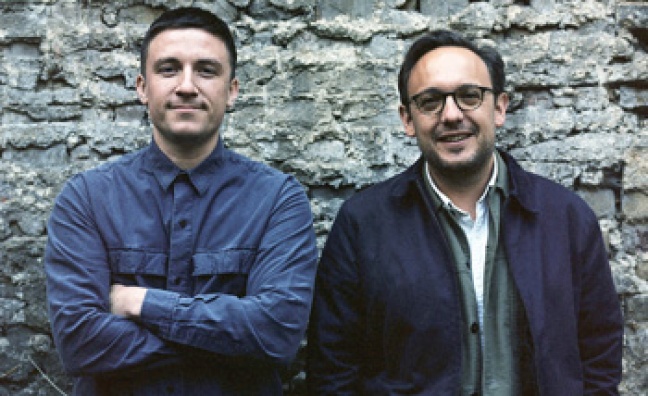 Watching Capitol UK co-presidents Nick Raphael and Jo Charrington on stage at MUSEXPO in Los Angeles this week gave plenty of insight into their relationship.

“It works because we're honest with each other,” said Charrington. “We challenge each other and sometimes we fall out. It’s a really important part of a creative relationship to be able to be honest.”

Raphael and Charrington have worked like this for a long time, of course, even if their official co-presidency is more recent. But nowadays the music industry, on both sides of the Atlantic, is populated by many such successful duos.

Look at Ben Mortimer and Tom March at Polydor (pictured), Tom Corson and Aaron Bay-Schuck at Warner Bros US, Mark Mitchell and Nick Burgess at Parlophone, Craig Kallman and Julie Greenwald at Atlantic US and Guy Moot and Carianne Marshall, newly-installed at Warner/Chappell. It’s not even just happening at C-level: look at Annie Christensen and Daniel Lloyd Jones, going great guns as co-heads of A&R at Island.

There’s more to this than simple ‘two heads are better than one’ logic. As artists and songwriters become ever more collaborative – the days of 100% songwriters are almost gone, judging by Music Week's co-writing research – it seems inevitable that the executives over-seeing those careers should also increasingly go down the same road, rather than stick to the historic autocratic model.

The old school record company divisions between money-makers and money-counters may be blurring, but it’s still difficult to find all the high-level skills required to run a modern label or publisher in a single individual.

Plenty of the industry's solo leaders do of course, but two people of equal status yet complementary skillsets is often the perfect solution. Of course, there remain potential difficulties with such relationships, especially when dealing with internal politics. “You can’t have people running to Dad because they don’t like what Mum is saying,” as one half of one senior duo put it to me this week.

Still, as long as both leaders are on the same page about the big picture, there’s no reason why they can’t – like Charrington and Raphael – disagree about the small stuff. There are very few certainties when it comes to breaking records these days, so varying perspectives and approaches can be absolutely key to success.

Just so long as we draw the line at having the CEO equivalent of the multiple featured artist. Two may be good company, but three surely remains a crowd.