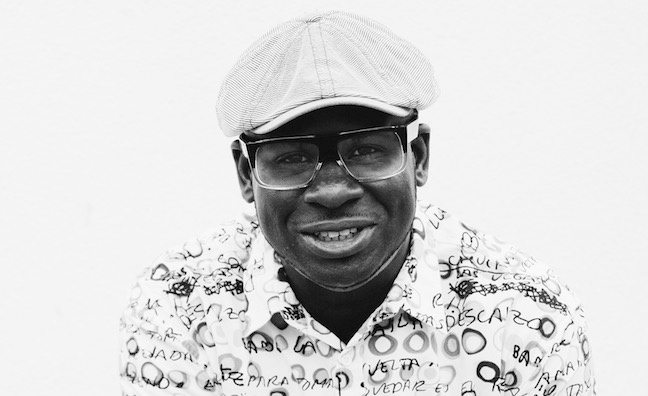 Broadcaster, writer, music consultant and DJ Edward Adoo – who currently hosts a weekly radio show on BBC Three Counties Radio among other slots – reports from the frontline of the Covid-19 stricken DJ scene...

It’s time to help live music, our DJ scene and the nightlife economy get up and running again.

Covid-19 has been detrimental to so many industries and sectors, in particular nightclubs, bars and the night-time economy across the UK. It has affected thousands of DJs, promoters, technicians, door staff, bouncers and back room staff. I have been affected too.

Besides appearing on TV shows and hosting my weekly radio show, DJing is my second major source of income. Prior to lockdown, I had a number of residencies and would often DJ at the Standon Calling festival or corporate events for various clients, which included Digital Cinema Media. Since the pandemic, those bookings have disappeared with no prospect of returning imminently.

The industry has gone into meltdown with fear and anxiety on whether it will ever bounce back. The regulations in place haven't just affected me, but also crippled many of my friends and peers as their livelihoods are dependent on sourcing regular gigs on a daily or weekly basis. The majority haven’t had work since we’ve been in lockdown. It has been devastating and has had a major effect on their mental health.

Luckily, I am able to obtain work elsewhere, but that’s not enough to cover all my overheads. The chancellor Rishi Sunak and the government have been criticised for not doing enough to help those in critical need who work in the creative industries. Schemes such as Eat Out To Help Out may have helped parts of the hospitality sector by getting people out and about to support their local restaurants, but nothing was put in place to help local nightclubs, live music venues or members clubs. The industry has been simply ignored, with no further guidance or plan put in place to get the sector back on its feet.

DJs don't deserve to be treated like second class citizens

In a recent interview on Sky News, Gillian Keegan MP [Parliamentary Under Secretary Of State For Apprenticeships & Skills] warned it may "take a long time to come back" and for things to improve. Keegan suggested people within the sector should re-skill or take a different route. As someone who has spent over 20 years as a DJ, Keegan's comments were not just out of touch, they were extremely patronising. She failed to understand or sympathise with what people in the sector are currently going through. Urging people to go to college or get a real job is not the solution. The government should be doing everything possible to help save the sector.

Further restrictions imposed with the 10pm curfew haven't helped matters, with promoters and club owners fearing they will go bust within weeks. The Hospital Club in London, where I had a monthly residency, is one of many creatives hubs which has disappeared. No doubt there are more venues set to close if they are not given financial support or if there’s no plan in place to get the night-time economy going again. With further lockdown measures set to take place, the future seems very bleak for the industry. The night-time economy and DJs don't deserve to be treated like second class citizens. It seems the sector that helped to reshape Britain through its class and race issues in the '80s – and the one that created the superstar DJ phenomenon and formed many careers and livelihoods – has been ignored and discredited.

It may take a long time before the night-time and live music industry will be allowed to heal and get back to some sort of normality. Let's hope Rishi Sunak will save the day.