Why suing songwriters could ruin the music business 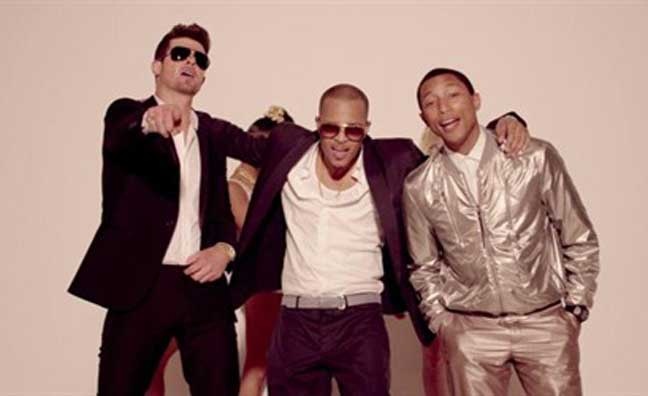 “Where there’s a hit, there’s a writ” is one of the music business’ oldest adages, right up there with “Don’t bore us, get to the chorus” and “Never give Robin Thicke an even break”.

But the recent spate of court cases over songs sounding a bit like other songs has gotten so extreme that even old Thicko himself is getting a degree of sympathy.

No fewer than 212 songwriters have come out in support of him, Pharrell Williams and TI as they appeal against the verdict that ordered them to pay $5.3 million to Marvin Gaye’s estate for their song Blurred Lines’ infringement of Gaye’s 1977 hit Got To Give It Up.

Other high profile cases involving Led Zeppelin and Ed Sheeran suggest these incidents are just the tip of what could be a very big iceberg.

Indeed, one that could do to modern songwriting what that other famous chunk of ice did to the Titanic.
But what’s really being achieved here, aside from rich lawyers getting richer and daft pop stars providing a few courtroom-based lolz?

After all, there can barely be a songwriter alive who hasn’t taken inspiration from a song or a singer somewhere along the line. Are you really going to sue all of them? (Spoiler: yes)

The ramifications of this trend could be truly terrifying. I mean, what chance is there of music produced in isolation, influenced only by someone’s own internal sphere of reference, being any bloody good at all?

I’d rather listen to…well, even Robin Thicke would be preferable, to be honest.

The good news is, if you’re influenced by these views, I won’t sue you. For everything else, however, you should take legal advice.