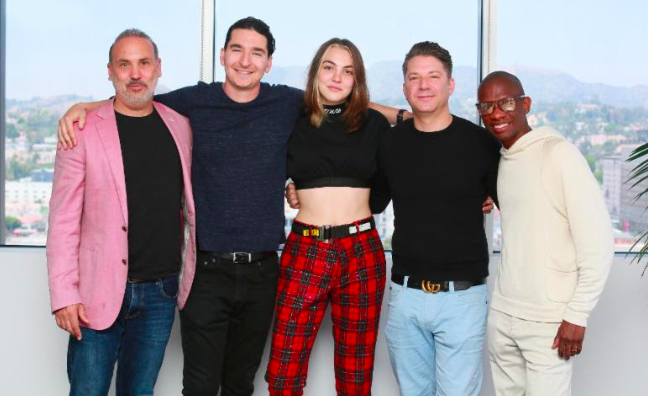 Irie has just released the 5 Weeks In LA EP, lead track Bitter has racked up more than one million streams across all platforms since its release.

Downtown’s senior vice president of global creative, Andrew Gould, said: “At Downtown, we aspire to attract, sign, and be true creative partners to the best culture-shaping talent in the world. To work with an artist as gifted as Evie is a rare opportunity in and of itself. And to do so in collaboration with Troy Carter, Monte and Avery Lipman, and Brian Schall sounds too good to be true. Except, no, this is really the team.”

Gould also paid tribute to the company’s creative senior manager Dylan Silbermann for “bringing Evie and the company together”.

Irie commented: “From the moment I walked into the Downtown office in Los Angeles and played some of my demos and a couple of songs live on guitar, I knew that Dylan and the team believed in my artistry 110%, and I felt really connected to them both personally and professionally.

“I’m super excited to now be a part of the amazing roster of writers and producers that Downtown represents, and I hope that this will be a long-lasting partnership that will help me develop even further as a songwriter.”

Troy Carter said: “Downtown added value from the moment Evie arrived in LA. Their level of commitment and creativity showed us right away this was the best partner for Evie.”

Irie moved from Australia to Los Angeles to pursue music and has performed in Nashvilled and Los Angeles. She has 328,357 monthly listeners on Spotify.