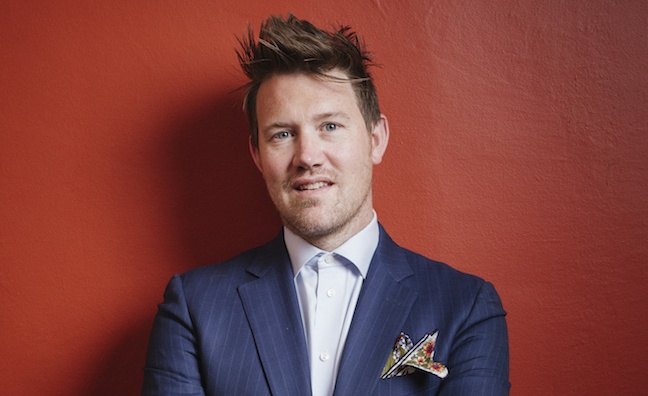 The worldwide deal follows the Australian writer and actor's recent Broadway debut, with his work featuring in a musical version of 1933 movie King Kong and a production based on 1988 Tim Burton film Beetlejuice, which recently opened at the Winter Garden Theatre.

“Eddie is an incredibly charismatic and hilarious guy and a talented overall performer, but he can also develop lyrics that inconspicuously move a story forward and melodies that you leave the theatre humming,” declared Kurt Deutsch, Warner Chappell's senior vice president, theatrical and catalogue development.

“I’m personally very proud to add such a truly unique and brilliant talent to our repertoire, and everyone at Warner Chappell Music is thrilled to be along for the journey as he takes on even bigger stages – both literally and figuratively.”

Perfect's other credits include Shane Warne The Musical and a stage play for Melbourne Theatre Company's production of Vivid White, is also a presenter on Australian Playschool, a judge for Australia’s Got Talent and has a role in Netflix's series Offspring. He welcomed the deal, which follows on the heels of a Tony Award nomination for his Beetlejuice score.

“I’m so fortunate to have met Kurt Deutsch, he’s always been one of my heroes, having produced the most influential Broadway cast recordings of my generation,” the songwriter explained.

“It’s actually his creativity and enthusiasm that has shaped the understanding of what the best of Broadway can be for those who, like me, just happen to live on the other side of the planet. In many ways, he bridged the gap between Australia and New York, allowing a composer like myself to feel connected to New York’s brilliant creative music theatre industry from afar. The fact that I am now able to work with him, to experience his enthusiasm and knowledge first-hand, is a gift I can’t adequately explain.”

Warner Chappell recently rebranded itself and launched a new logo, have a look now.