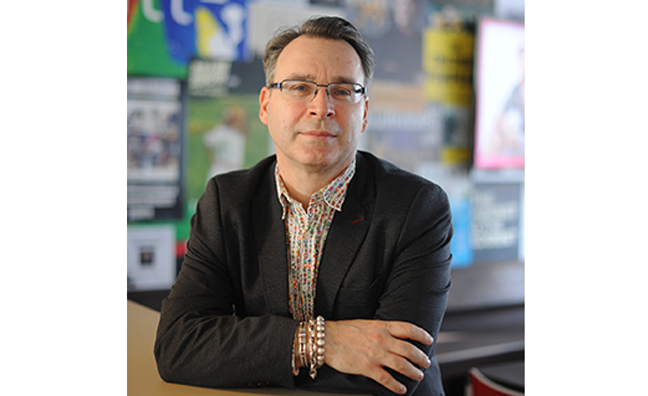 Norbury will step up from his current role as EVP, international artists, to oversee the UK publishing and recordings roster. He replaces Alexi Cory-Smith, who left in December after six years at the company.

Its expanding recordings operation includes the likes of Rick Astley, Jack Savoretti, Blondie, Alt-J, Morrissey, Gary Numan, The Prodigy, Kylie Minogue, Simple Minds, Texas, Midge Ure, The Charlatans and emerging talent such as The Sherlocks, Twinnie and Rejjie Snow. While the reformed BMG initially concentrated on music publishing, it has enjoyed huge hits in records lately with the likes of Morrissey, Rick Astley and Blink-182.

Norbury spent 15 years working with Chris Blackwell’s Island Group of Companies, initially as a lawyer at Island Records and then as managing director of Blue Mountain Music, the music publisher of U2 and Bob Marley. In 1998 he took on the additional role as a founder director of Blackwell’s new audio-visual label Palm Pictures.

Immediately before joining BMG, Norbury was an artist manager acting for artists including Bryan Ferry, James and Texas, all of whom enjoyed renewed success with BMG.

Alistair Norbury said: “To be given the opportunity to run the fastest-growing music company in the UK is a real honour. BMG offers something genuinely new for artists and songwriters in terms of service and ethics, but it combines that with the artist-centric creativity and entrepreneurialism which made the original Island Records so legendary. I am lucky to have inherited an exceptional team and roster and I look forward to working with them to further build our success.”

BMG CEO Hartwig Masuch said, “The growth of our UK operation is crucial to the success of BMG. UK repertoire helps drive the global music business. With his breadth of experience, unique insight into artists, and leadership skills, I am confident that Alistair will lead the UK repertoire teams to even greater heights.”

Cory-Smith had led the transformation of BMG UK's business, making a number of key signings across publishing and records. Norbury's appointment comes following changes in BMG's leadership in the US, where Zach Katz is now president across recorded music and publishing, and Germany/Switzerland/Austria, where Dominique Kulling is now MD.