Amy Wadge on co-writing: "A good song is a good song, multiple writers or not" 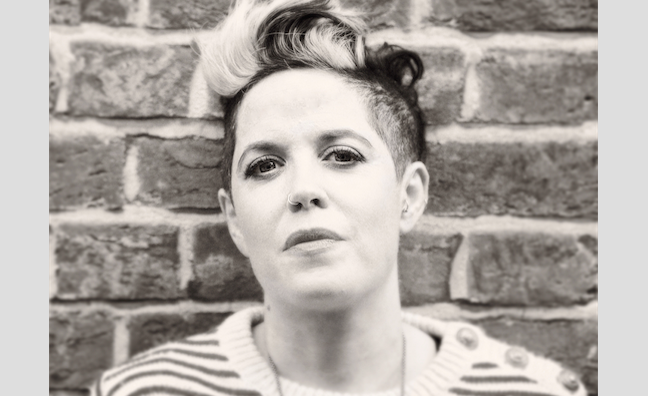 Earlier this week, Music Week published analysis of 2016’s Top 100 Singles, revealing that it now takes an average of 4.53 people to write the very biggest hits. To make the Top 30, you needed to employ an average of 4.67 co-writers.

Also in this week’s issue is a report featuring interviews with some of the biggest co-writers in the game. One of those quizzed, BDi songwriter and long-term Ed Sheeran collaborator Amy Wadge, was listed as one of nine co-writers on Sheeran’s Galway Girl. Since first entering the chart when the singer's third album, ÷, was released at the beginning of March, it has amassed 808,064 sales, peaking at No.2 in the process.

Five of those credited are members of Irish folk group Beoga, with Sheeran, Johnny McDaid and Foy Vance also alongside Wadge on the list. Asked about the process behind the track, Wadge said, “Too much is made of how many people are involved these days, sometimes people get together and create something and that’s what happened on that day.”

In an extensive Q&A, Wadge dismisses the idea of a trend for increasing numbers of co-writers, addresses the issues facing co-writers today and reveals all about her long working relationship with Sheeran, which began with 2010’s Songs I Wrote With Amy EP.

What was it like to work with Ed Sheeran on Songs I Wrote With Amy? Was there any hint that he’d go on to achieve the success he has?

I met Ed when he was 17. In the first writing session, which was two days, we wrote nine songs, five of which became the Songs I Wrote With Amy EP.  I’ve never been so blown away by someone’s talent as I was on that first day, I kept saying to my husband ‘This boy is a superstar’, he just had a totally different way of thinking than I’d seen before. Extraordinary with lyrics, so, so quick with the amount of ideas he had and then the most amazing work ethic. He also had the most beautiful voice. He was gigging constantly and was so focused on where he wanted to get to despite the fact that so many people at the time were telling him no.

What are some of the songs you’ve written with Ed that you’re most proud of? Are there any stories that stick in the mind from your sessions together?

Thinking Out Loud will always be high on the list after all that song has achieved, it’s changed my life completely. But the song I am most proud of is a song called She that we wrote on that first session 10 years ago. We just had a really wonderful moment where it just flowed and Ed came out with my favourite lyric, “Strange as it seems, she is endless to me, she’s just like paper work, but harder to read”. I knew then he was more than special. I treasure all of those songs because they will always remind me of when I was starting out as a songwriter and at the start of this incredible journey with Ed.

More recently, you feature as one of nine writers on Galway Girl, what’s it like to work with that many writers? At what stage does it become apparent that a song needs that many?

There was no real ‘process’ with that song. Beoga were over from Ireland to record for Ed’s album and we were all sat outside the studio we were working in, talking and playing music. They started to play and Ed started singing, we all contributed in a totally natural and organic way. No decision was made about how many people needed to be involved, it was just a bunch of musicians jamming an idea. Too much is made of how many people are involved these days, sometimes people get together and create something and that’s what happened on that day.

Does the idea of a singer/songwriter writing, recording and performing their own material without co-writers exist nowadays?

There has always been a collaborative process in existence within music. Some people will always want to write on their own whilst others like to share ideas. Ed does both and most of the people I am lucky enough to write with do the same. If you are a successful touring musician that has to deliver album after album, sharing the load with others should always be an option. Every aspect of music from management and touring to recording means you have to ask other people to be part of it. Why should songwriting be any different?

The charts are full of songs with multiple co-writers, what do you put this down to?

More and more now, people that would have in the past just been brought in and paid to produce are now becoming part of the writing process. The splits of songs are usually decided by who is in the room at the time. Music these days is more often than not created in a studio so there may be a track person, the artist and a topliner, sometimes that song gets passed onto someone else to add things. The whole process of songwriting has evolved and changed, there is never one way of doing it - some songs will have multiple people and some won’t.

Is a song better when there are more writers on it?

A good song is a good song - whether there are multiple writers or not, it is whatever has contributed to making that song work.

How has the world of songwriting changed since you got into it? Has the art itself altered at all?

In my line of work it depends on genre. I am a topliner so will always need the guidance of a good track person, particularly with a pop track. I work a lot in Nashville where sitting down with instruments and writing a song is still very common, in Los Angeles and London it is more and more beats-led. The thing I love about my job is that it changes all the time.

Is there a formula for a pop hit?

What would you change about the business?

I am very lucky to do a job I love. Like all businesses there are ups and downs, but I am blessed that I get to write songs, so it wouldn’t feel right to moan about the tough times

Does working with as many writers as on a song like Galway Girl have an impact on your potential earnings from it?

I never think about those things. The second you start working out the mathematics of a writing process the creativity would fall down. I go into every session to write a song, if I earn money from it then that’s great, but it took me so long to earn a living from music, if that had been my reason to do it, I would have given up many years ago.

Subsequently, is the trend for high numbers of co-writers going to have a detrimental effect?

I don’t see a trend. I am more used to being part of sessions with one or two other writers. We live in a world now where tracks can get sent via the internet for different people to contribute. If, at the end of that, a song comes out that works, then I would rather have a small share of a hit than for a song to never see the light of day.