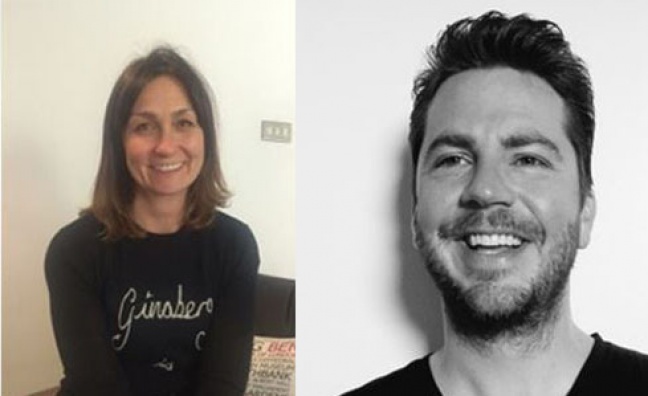 Sweetsur joins Big Deal from BMG where she was co-head of A&R/VP Creative. At BMG, she signed and worked with numerous artists including Labrinth and Steve Mac.

Big Deal founder and president Kenny MacPherson said: “Kate and Joe are great creative executives, and better yet awesome people, with outstanding integrity, who will only add to the ethos and vibe of Big Deal Music. I am thrilled to be working with them both.”

Said Sweetsur: “I am so happy to be reunited with Kenny and the gang. I spent many happy years working with them all at Chrysalis and I am thrilled to be part of the Big Deal family.

“Kenny and the guys have put together a phenomenal roster and team that is second to none, and I look forward to building on that in the UK and Europe. It’s also great to be working with Casey Robison, who I regard as one of the best execs out there.”

Joe Maggini was previously head of Format Music Solutions, where he secured placements in major motion pictures and TV series such as The Lego Batman Movie, Pitch Perfect 2, Better Call Saul, Shameless as well as various trailers and TV promos.

Maggini said: “It’s an honour to be joining Big Deal. I’ve known and respected the partners for years, and I’m thrilled to be joining their phenomenal team. I’m looking forward to working with Big Deal’s roster of stellar writers, artists, and producers, who represent some of the best in the business.”