'Bigger is better in the publishing business': Sony/ATV legend Martin Bandier on the art of the deal 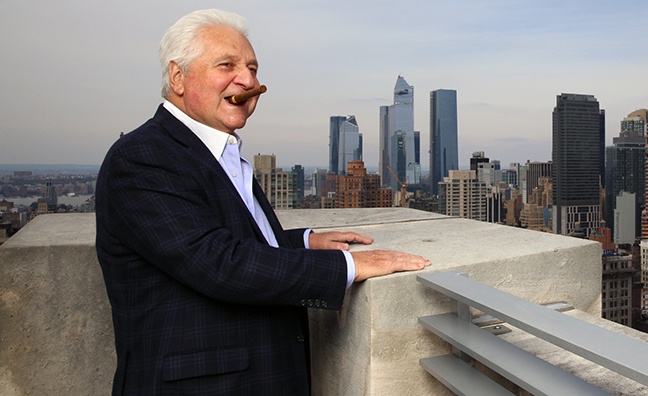 March 29 will see the end of an era at Sony/ATV, as chairman, CEO and all-round music publishing icon Martin Bandier bows out after 12 years as leader of the company.

In that time, he powered the company to become the world’s No.1 music publisher, bought Famous Music and EMI Music Publishing and worked with many of the world’s biggest songwriters and artists, from The Beatles to Taylor Swift, and Queen to Ed Sheeran.

Bandier’s career goes back to the 1970s, and he has also run SBK and EMI (where he bought the Motown catalogue, Jobete). But, wherever he’s been, he’s forged a reputation as a dealmaker extraordinaire. Now, as he prepares to leave Sony/ATV – with former Warner/Chappell boss Jon Platt set to take over – he’s keen to stress that his exit is “not a retirement situation”.

You can see this week’s print edition of Music Week, available now, for more exclusive details of what he’ll be up to the future. But he also sat down with us to talk through some of his career’s biggest deals. As he says himself, “There’s been a lot of good luck and a million stories. And I’m great at telling stories…”

Read on for proof of that…

“Buying Famous within six months of [joining Sony/ATV] and gaining approval, not only from Sony, but also from ATV, was key. I explained to them why bigger was better in the music publishing business and why having more volume in the digital age was going to be really beneficial. That was my vision. That was pretty exciting for them to buy into because today, the deal seems like [paying] peanuts. I mean, it was $370m or something but, today, one artist would get that! (Laughs) It’s like [someone will say], ‘There’s these two rappers who had a couple of No.1 singles, so we’re giving them $100m’ – oh, OK. But no, it was a lot of money then and it’s a lot of money now, but it did OK!”

“It was difficult, because BMG thought they had that catalogue sewn up and they were going to buy it. We strategised that we were going to say, ‘We’re having difficulty raising the money for it’. And the more we said that, the more BMG stood firm on their proposal and believed, ‘There’s no one else that’s going to pay $2.3 billion for this catalogue’. Honestly, up until the last moment, any person I met that had a German accent I would say, ‘Yeah, we’re out of money’. I don’t know if they fell for it but, at the end of the day, we were the last man standing! It was tough in all regards, tough getting the equity, tough getting the deal. But once we got the deal, it was a shoo-in, because I knew every song. I knew all of the people.”

“When I was growing up, the music of Motown was something that I just loved. So, as far as I was concerned, buying the Jobete catalogue from Berry Gordy was a major accomplishment. It took a lot of perseverance and imagination but, what I finally sold Berry Gordy on was, ‘Sell me half the catalogue, let us administer the whole thing and then, if you think we’ve grown the catalogue more than you can do, you can sell us the rest. But you don’t have to, if you don’t want to’. I just knew I could turn that into a bonanza for Berry and all of his writers and artists. And we did!”

BANDIER ON… NOT BUYING ATV SONGS

“I lost out on that catalogue when my then business partner and I tried to buy it at SBK. Michael Jackson bested us in that deal, there was no question about it. It was owned by an Australian guy named Robert Holmes à Court. I thought we had the deal, I went to close and they said, ‘I’m sorry, we’ll give you whatever money you spent, but we’ve sold to Michael Jackson’. Jackson had agreed to do a concert in Australia and, because it was à Court’s daughter’s favourite song, he gave her Penny Lane. That’s some original thinking! I looked at my business partner and said, ‘We might have thought of Penny Lane, but neither one of us could do a moonwalk, so there was no question of that!”