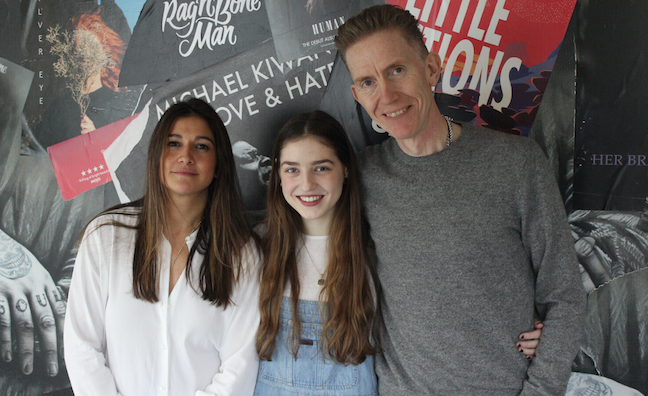 Real name Jasmine van den Bogaerde, Birdy has moved from previous publisher Good Soldier Songs, and is currently working on her fourth album, due for release on Atlantic.

Birdy said: “It’s great to be working with Mike [Smith, managing director] and the team at Warner/Chappell. I started writing music when I was really young and it’s always been something I felt I had to do and I feel very lucky to be able to do it for a living. I’m currently writing for my fourth album and I’m very excited to see it start to come together.”

Mike Smith added: “Birdy is an incredible talent. The fact that she broke through at such a young age and has been able to hone her songwriting over the course of three albums while still only being 21 is staggering. I think there’s a lot more to come from this amazing singer-songwriter and I look forward to working with her in the years ahead."

Birdy first emerged in 2011, when her cover of Bon Iver’s Skinny Love became an international hit, achieving platinum record sales in the United States. It has 936,754 sales in the UK, according to the Official Charts Company.

Having written songs for films including The Fault In Our Stars, The Hunger Games and The Edge Of Seventeen, Birdy's stock is high in the sync sector, while the singer was named Sync Artist Of The Year at the Music Week Sync Awards 2015. Her 2013 track Wings was used in high profile TV syncs including Game Of Thrones, Lloyds Bank and The Vampire Diaries.