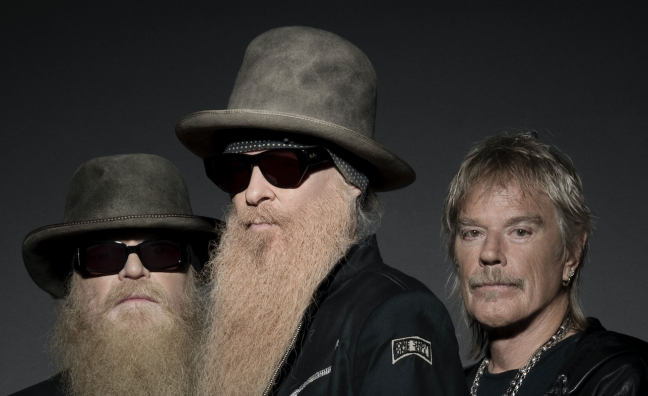 BMG and global investment firm KKR – which joined forces earlier in March this year – have today (December 21) announced they have acquired the “entire music interests” of ZZ Top.

An official press release stated that the ZZ Top agreement includes: “a buyout of the band’s publishing catalogue and their income from recorded royalties and performance royalties”.

Speaking about the agreement, ZZ Top manager Carl Stubner of Shelter Music Group said: “We are proud to continue working with and expand our long-standing relationship with BMG. This new deal ensures ZZ Top’s remarkable legacy will endure for generations to come.”

BMG CEO Hartwig Masuch said: “This deal is a testament to the success, staying power and continuing musical relevance of ZZ Top, but also to the power of our partnership with KKR. This agreement furthers our vision of providing artists and songwriters not just a financial exit, but also a vehicle committed to respecting and treasuring their artistry.”

Across their career, ZZ Top have sold over 50 million albums worldwide.

Jenny Box, Partner at KKR, added: “We are excited to invest in ZZ Top’s iconic music and we look forward to collaborating with BMG and ZZ Top to further amplify the reach of their catalogue.”

The press release also stated that KKR is investing in the catalogue through its private credit investment funds and vehicles and will own its interest in the music through its recently launched Chord Music Partners platform. Latham & Watkins LLP served as advisor to KKR on the transaction.