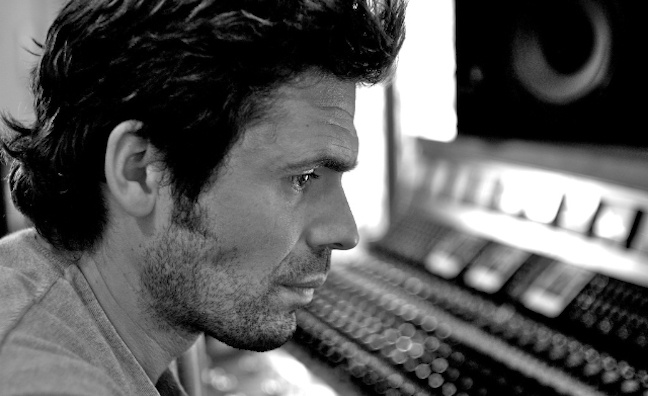 He is best known for co-writing James Blunt's hit singles You're Beautiful, Goodbye My Lover and Wisemen, as well as Miley Cyrus' Wrecking Ball and Adele's Cold Shoulder.

In 2012, Skarbek scored and supervised the music for the American-British documentary For No Good Reason, an award-winning film about Ralph Steadman, starring Johnny Depp. Together with Duffy, he also contributed the title song Whole Lot Of Love to the movie Legend, and scored music for Chuck Palahniuk's Lullaby.

In recent years, Skarbek has focussed more on artist development via his production company White Rope Music and his music publishing company Amadeus, which is administered by Bucks.

Skarbek was first signed to Bucks more than 10 years ago when he wrote Blunt's famous hits.

Bucks Music Group director, A&R Sarah Liversedge Platz, said: “Sacha is one of the world's great songwriters and it's a real pleasure to have him back at Bucks. We've always had a close relationship going back to when he was first with us more than 10 years ago and, since then, supporting his own Amadeus publishing company. Sacha has worked with the best of the best and his work speaks for itself.”

Sacha Skarbek said: “I feel like I am coming home! I’ve known and worked with Simon [Platz, Bucks MD] and Sarah for years and have the upmost respect for them as music publishers. They lead, support and are creative. I couldn’t be happier to be back at Bucks.”