Cardi B signs to Sony/ATV 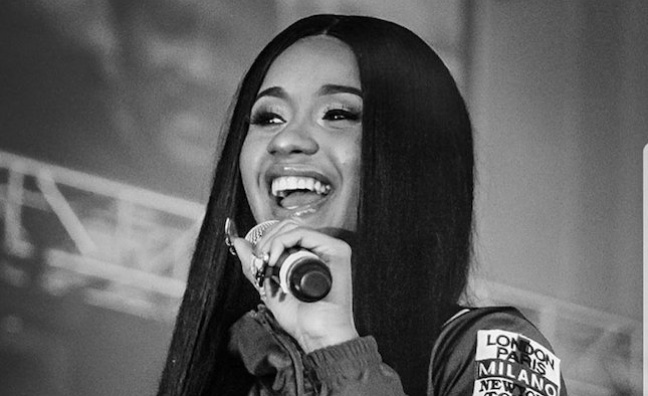 Sony/ATV Music Publishing has signed a worldwide deal with songwriter and rapper Cardi B.

The New Yorker’s debut single Bodak Yellow has just spent three weeks at No. 1 on the Billboard Hot 100 chart. She’s the first female rapper since Lauryn Hill nearly two decades ago to top the Hot 100 with a recording not featuring any other billed acts.

In the UK, the track released via Atlantic has made a more modest chart performance but has racked up sales of 110,983, according to the Official Charts Company.

Sony/ATV co-president US, Rick Krim, said: “As Bodak Yellow has already demonstrated, Cardi B is one of a rare breed of unique artists who the industry only witnesses occasionally. We are honored that Sony/ATV will get to work with this special talent who is not just impacting music but pop culture as well.”

Sony/ATV senior director, A&R Jennifer Drake, said: “Cardi B is honest, real and refreshing and has the confidence to say exactly what she is thinking and feeling. It’s tangible and you can connect to that. We are so proud to be able to work with a talented artist like Cardi and excited to see her push the culture forward.”

Cardi B recently featured on the G-Eazy single No Limit alongside A$AP Rocky. She is currently working on her first studio album, set for release in early 2018.