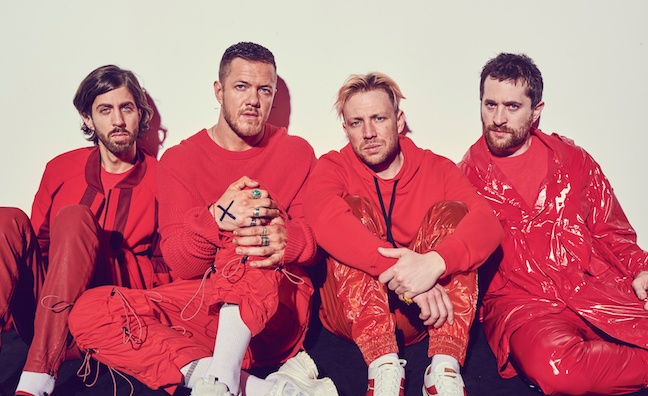 Concord Music Publishing has acquired the catalogue of Imagine Dragons.

The Las Vegas-based band made their mark with global hits Radioactive and Demons from their album Night Visions in 2012. Their second studio album Smoke + Mirrors reached No.1 in the US, Canada and the UK.

Imagine Dragons have four songs among the Top 100 most streamed on Spotify that have surpassed one billion streams each.

“Concord’s acquisition strategy has remained consistent since 2006,” said Steve Salm, Concord’s chief business development officer. “Simply put, we acquire catalogues from creators and owners with songs that the entire world not only recognises but loves. A to Z, our portfolio is comprised of some of the most culturally recognised and revered songs and recordings in history.

“Imagine Dragons fits perfectly in that realm. Our publishing team proudly welcomes Imagine Dragons, and its unparalleled songwriting and performance success in the past decade, to the treasured catalogs that already call Concord home.”

“Imagine Dragons are a rock powerhouse,” said Jake Wisely, chief publishing executive at Concord. “From topping the charts to sweeping awards to sync and sell out tours, Imagine Dragons’ success is undeniable. We are honored that Imagine Dragons has chosen Concord and are excited to add another legendary band to the Concord catalogue.”

The transaction was managed and negotiated for Concord by Steve Salm, Larry Blake and Amanda Molter.