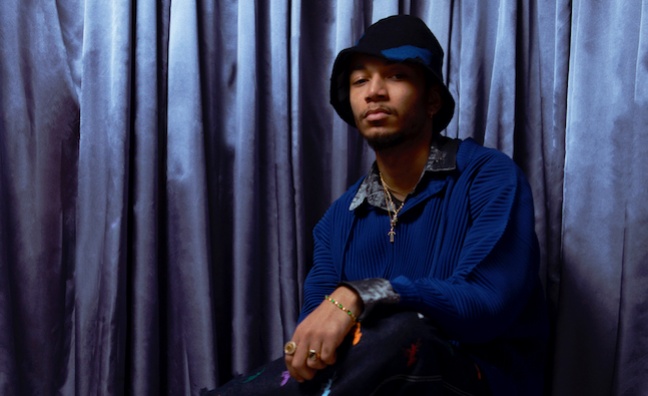 Joseph has been recording his debut project, of which first single Thrilla (released on March 4) was premiered by Annie Mac on BBC Radio 1. The songwriter/producer also directs and films his own music videos and short films.

Joseph was a member of the OG Horse Collective alongside friend and contemporary Jorja Smith. Since emerging last year with his self-produced debut single, Imaginary Friends, he has written, directed and scored his own short film, Pandomony, as well as directing the video for his second single, Martyrs (ft Monks).

For Ghostin’ he also collaborated with Pixar’s former technical director Najeeb Tarazi, who looked after the animated visuals for the music video. His debut project is scheduled for release in summer 2021.

Speaking about the signing, Tom Coulson, A&R director at Concord Music Publishing said: “Wesley Joseph is an incredible all-round artiste. He's a songwriter, producer, wordsmith and filmmaker who creates rich and vivid worlds for his audience to immerse themselves in. We have been so excited about the art that Wesley creates from the day that we met him, and this feeling is reflected across our tightly knit global team. His ideas are boundless, and we feel privileged to help him and the amazing team at Transgressive realise his vision.”

Tim Dellow at Transgressive Management added: “Transgressive Management is thrilled to be working with Concord alongside this exceptionally talented artist. We feel confident that Wesley Joseph's unique vision is shared by the whole team, and there's a real desire and vision from Concord to help support this singular talent in his own work, as well as his writing and production for others. Tom, Kim (Frankiewicz, EVP Worldwide A&R) and the team have been staggeringly passionate to sign this artist from our very first meeting and we're thrilled to translate this energy into real success together.”

Joseph has been featured by The Face, GQ, The Guardian, Pigeons & Planes, The Fader, Annie Mac at BBC Radio 1, Jamz Supernova at Radio 1Xtra, Matt Wilkinson at Apple Music 1 and many more.

He added: “I'm really excited to have signed a publishing deal with Concord. It means a lot at this point to be working together with a team that shares the same passion for the vision as me, but also with people who understand its essence and what it truly means to expand and facilitate its growth. Concord shares the same perspective, energy and care as us, so I know it’s the start of a great journey.”

Earlier in the year, Gez O’Connell re-signed to Concord Music Publishing. The new agreement covered all his existing and future works. O’Connell's credits include songs for Kygo, Zara Larsson and Tyga, plus the Dermot Kennedy-featuring Top 10 hit Paradise by Meduza.