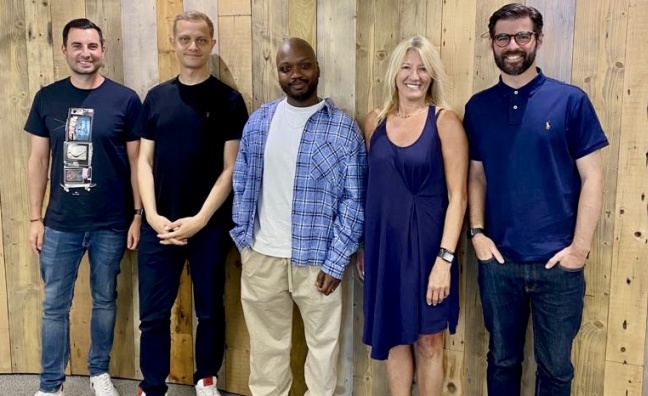 The UK songwriter and producer collaborated with Mabel on About Last Night…, which debuted at No.2 on Friday (July 22). He co-wrote and/or produced six songs on the album.

Jean-Marie has racked up more than a million chart sales on singles by Nathan Dawe, including platinum-certified Top 5 track Lighter feat. KSI (co-writing, producing and mixing).

Harri Davies, senior A&R director at Concord Music Publishing, said: “Given how undeniably talented Tre is, he is one of the humblest songwriters and producers you will ever meet. It’s why artists and peers alike love working with him. He is an absolute workhorse and remains one of the hottest talents in the country right now. We are absolutely delighted to have him join the family and look forward to working alongside Karma to help shape the next phase of his career.”

Jordan Jay, co-director of Karma Artists Management, said: “We’re delighted to be working with Kim, Harri and the entire Concord team on the next stage of Tre’s career. Their passion and enthusiasm coupled with their tenacity in making things happen for their writers is exactly what we were looking for in a publisher for Tre.”

Ross Gautreau, co-director of Karma Artists Management, added: “We’re thrilled to be working with Concord and excited for what the future holds for this new partnership with Tre, we had several options on the table, but Concord felt like the best and most obvious fit as the team are so pro-active and there are no doubts they will add more high level opportunities to what Tre is already doing this year.”

Tre Jean Marie said: “I’m very excited to start this new chapter in my career with Concord! The enthusiasm and support that Kim Frankiewicz, Harri Davies and the rest of the Concord team has shown me has been incredible, and I look forward to a productive and successful partnership.”

Kim Frankiewicz, EVP worldwide A&R at Concord Music Publishing, said: “Tre has had an incredible couple of years and has set a new standard for great songwriting. His work ethic is infectious and along with his fantastic managers Ross and Jordan, we are very excited about what’s to come next.”