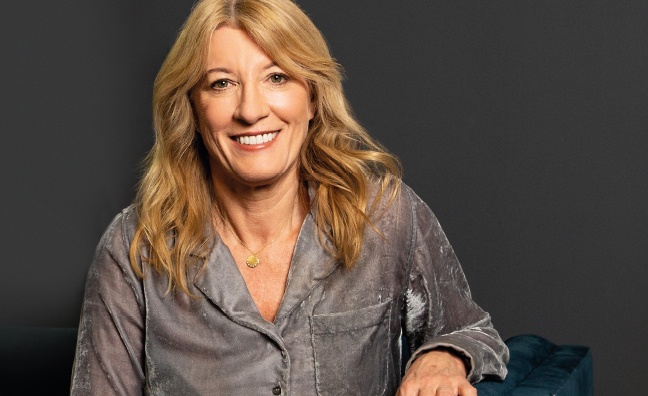 Concord’s EVP of worldwide A&R Kim Frankiewicz has opened up on the publisher's Downtown catalogue acquisition and discussed how the firm can compete with the majors in a new interview with Music Week.

The indie powerhouse had a year to remember in 2021, acquiring 145,000 owned and co-published music copyrights from Downtown, bringing Concord’s owned and controlled music assets to more than 600,000 works.

“For us as an A&R team, it was brilliant, because we inherited some fantastic songwriters, and artists," Frankiewicz told Music Week. "Ironically, we’d actually tried to sign a few of them before, but had lost out on the deals, and now we get to work with them. As far as the catalogue goes, there is some fantastic stuff in there and our sync team is spending months going through that to get on top of it.”

Frankiewicz spent 15 years at UMPG prior to becoming Imagem Music UK MD in 2012, a role she served until the Concord takeover in 2017. Speaking in the Music Week Interview in our February print edition, the Australia-born executive explained how the company positions itself as an attractive alternative.

“Something I’ve always been really strict about - even from the Imagem days - is that the A&R team worldwide works as a team," she said. "If the songwriter’s signing, they’re not signing to Kim Frankiewicz or Jeremy Yohai [SVP, A&R, Concord Music Publishing], they’re signing to Concord. So if one of our writers from the UK is in LA, the LA team owns it. If one of our writers is in Nashville, the Nashville team owns it. If any of their writers are here in London, we own it, and we work with them.

"It’s about quality versus quantity: having the capacity to be able to work with your songwriters, artists and managers day in and day out and be there for them. And not being overwhelmed with hundreds and hundreds of writers on your roster.”

Frankiewicz also weighed in on the impact of Merck Mercuriadis' Hipgnosis Songs on the market. Where Universal Music Publishing Group UK MD Mike McCormack previously used his Music Week interview to deliver a strong message to the new entrants in music publishing - including Mercuriadis - who have been buying up songwriters’ catalogues, Frankiewicz struck a more conciliatory tone.

“That’s a whole new business model and credit to Merck and his team for what they’ve achieved," she said. "I just feel it’s a different model to traditional publishing and what we’re working under. But there’s room for everybody out there as long as it’s working and the songwriters are looked after, that’s the main thing.”

As well as its music publishing business, Concord houses a recorded business of six active labels and a historical portfolio, managed by Craft Recordings. In addition, it boasts a theatricals enterprise, which houses Rodgers & Hammerstein, and a classical strand, home to Boosey & Hawkes.

In 2015, the company inked a multi-year, worldwide licensing agreement with REM covering their 1988-2011 recordings (reissued via its Craft subsidiary).

"Concord is like four companies under one umbrella,” explained Frankiewicz. “You’ve got people who specialise in each of those areas, but we look out for things and check in with each other.

"REM is on the label side under Craft Recordings, which is the catalogue part of the business. It’s run by a guy called Sig Sigworth, who is amazing and worked with REM back in the day at the independent label they were signed to [IRS Records].

"The reason they're with Concord is due to that relationship and the trust there, and that's really important on the publishing side as well. One of the things I love the most is when we renew a deal with someone we've already been working with for eight years. They could go somewhere else, but they still want to continue working with you because they feel safe and trust the people.”

Approaching the fifth anniversary of Concord's acquisition of Imagem, Frankiewicz shared her belief that the company could not be better placed moving forward.

"The Concord executives are very smart; they choose wisely about building the company and they do it at their own pace. [In three years], I’d like to think that we’ll be sitting here as the biggest independent publisher worldwide, having grown some incredible young executives in that time who will take over the next regime.

"I want us to stand for what we currently stand for – and that is being a great, strong, international, independent, hands-on publishing company.”

Subscribers can read the full interview with Frankiewicz here.