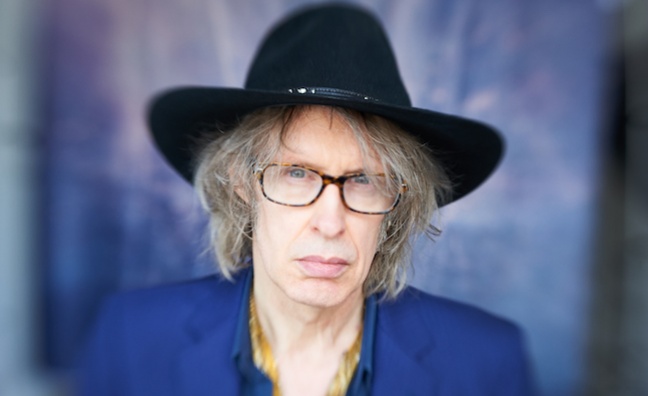 Cooking Vinyl Publishing has signed Mike Scott of The Waterboys to an exclusive administration agreement.

The deal comes ahead of the band’s 14th studio album, Good Luck Seeker, which is due to be released in August on Cooking Vinyl Records.

Cooking Vinyl Publishing MD Ryan Farley said: “I’m delighted that Mike has chosen Cooking Vinyl as his publishing partner for the new Waterboys record and welcome him to our family. It’s an honour to work with songwriting royalty like Mike and we are all determined to deliver great results for him on what is sure to be another classic Waterboys release.”

It's an honour to work with songwriting royalty like Mike

Scott is the founding member, songwriter, guitarist and lead singer of The Waterboys, who rose to prominence in the 1980s and early 1990s with albums such as This Is The Sea and Fisherman’s Blues. Ellie Goulding had a No.3 hit with her cover of the Scott-penned track How Long Will I Love You? in 2012, while other artists to have covered his songs include Rod Stewart (What Do You Want Me To Do?), Tom Jones (Strange Boat) and Sandie Shaw (A Girl Called Johnny).

Scott said: "Ryan snuck into Dublin on the eve of the lockdown. I like a man with good timing. We talked music over espressos in a funky cafe, and an understanding was achieved."

The Waterboys’ manager, Danny Goldberg added: "We've been very happy with The Waterboys’ relationship with Cooking Vinyl Records and are excited to expand the relationship to include this new affiliation with Ryan Farley and his team. "