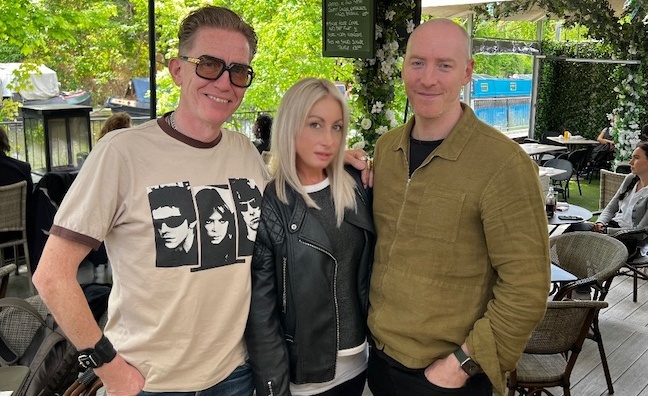 In addition, Claire Bianchi has joined Distiller Publishing as head of A&R. Reporting to Distiller Music Group CEO Sam Dyson, Bianchi will be based in London and her appointment is effective immediately.

Claire Bianchi joins Distiller Music Publishing from her previous position as A&R manager at Stellar Songs, where she worked with a wide range of songwriters and artists including Mike Kintish, Tylr Rydr, Cassyette, Sad Night Dynamite, Girli and The Libertines among others.

She was also instrumental in the success of European hit Hypnotized by Purple Disco Machine and Sophie & the Giants, which has so far received over half a billion streams while achieving platinum status across Europe.

The two artists recently followed up Hypnotized with In The Dark, which was co-written with Distiller Music Publishing’s Dimitri Tikovoi at Distiller’s 2021 writing camp. The track has 34 million streams on Spotify with 11 million views on YouTube.

Claire Bianchi said: “I’m delighted to be working with Distiller Publishing alongside the Downtown team and look forward to helping to continue to grow a fantastic independent publisher. Having a major hit with In The Dark right at the start of our relationship is a great way to start things off!”

Sam Dyson, founder of Distiller Music Group, said: “This new agreement with Downtown Music Services is a key move for Distiller Music Publishing, as it allows us to join forces with their incredible team who are immensely experienced and motivated towards getting the most from our roster. Their advice, support and introduction to a global network will be invaluable as we explore new opportunities for the songwriters and producers we represent. We are also excited to welcome Claire Bianchi who is a brilliant, creative A&R executive bringing expertise and experience to our team.”

Mike Smith, global president of Downtown Music Services, said: “I am thrilled to be getting into business with Distiller as they celebrate a massive hit across Europe with In The Dark. Claire is one of the best music creatives out there and, alongside Sam with his rich understanding of the music space, they are building an amazing business and we hope to maximise their presence around the world.”

Subscribers can click here to read our new interview with Mike Smith.