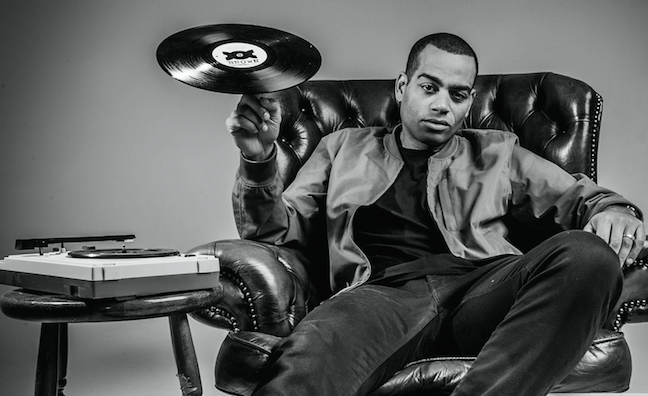 Brown (real name Ben Bailey Smith), is also a comedian and actor, most recently starring in David Brent: Life On The Road alongside Ricky Gervais, as well as contributing to the film’s soundtrack as co-writer and performer.

This year he returns solely to music for the first time in a decade, with new album Stemma set for release this summer, featuring appearances from the likes of Mikill Pane, Example, Matt Wills, Andy Burrows, Luc Skyz and Poisonous Poets.

The deal with Sentric encompasses all of Brown’s previous works, including his Life On The Road co-writes, film and TV titles, and the new album.

Sentric has signed a number of artists to similar deals over the past 12 months, including the likes of Victoria Horn (AKA Lady V), Corey Johnson, Nick Waterhouse, Sarah P, Pariis Opera House, as well as ongoing support for 2012 signings Tall Ships and Cattle & Cane.

Sentric Music CEO, Chris Meehan, said: “After 10 years in business, Sentric is now at a point where it can offer real creative A&R to the right kind of act. We’ve done a handful of exclusive agreements with carefully selected artists, and Doc Brown is a really exciting addition to that roster. He’s already made a name for himself with his unique blend of music and comedy, and we look forward to helping nurture his musical career.”

Brown added: "Sentric are such a young, forward-thinking outfit and the whole team is down to earth and properly about the music. For me, that is a perfect fit. No doubt I'm a joker, but I'm serious about my music and so are Sentric. I'm the type of guy who is also looking to push the envelope and I had the feeling from day one these were the right guys to come on this journey with me. I'm fully gassed."

Meanwhile, Brown’s manager, Alex Kennedy, commented: “You don’t often get to do deals with your favourite people in the music industry - this is one of those times. Chris, Simon and the gang at Sentric are phenomenal people and have quietly and confidently built a formidable outfit over the last 10 years and are now ready to sit at the top table. They are without doubt the best team to partner with for Doc’s long-awaited return to music and we couldn’t be more excited about the ride ahead.”