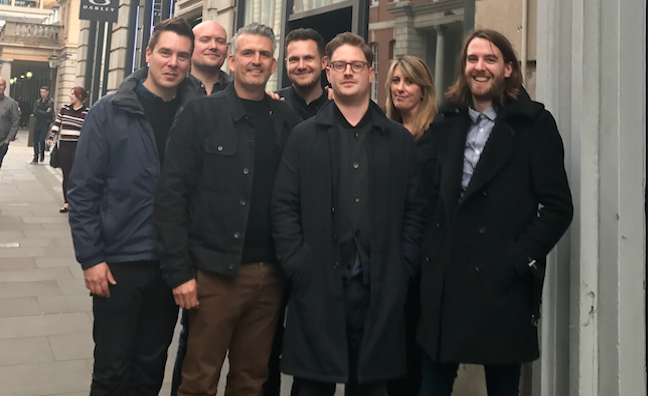 The collaboration coincides with a Downtown publishing agreement with songwriting and production duo Saltwives, the first under the new venture.

As part of the JV, Downtown will provide its bespoke creative and advisory services as well as their global royalty collection platform to songwriters signed to the venture. Made up of Alex Oriet and David Phelan, Saltwives boast an extensive catalogue comprising some of the biggest names in popular music, including eight tracks from Zayn’s debut album Mind of Mine (Like I Would, Wrong feat. Kehlani, She Doesn’t Love Me, among others). They have also written for Iggy, Charles Hamilton and Bebe Rexha.

“We at Downtown are so delighted to have signed this JV partnership with the Invisible Men,”said Roberto Neri, managing director of Downtown Music UK. “Their reputation for spotting and nurturing talent has taken them and the artists they have written for to global recognition. The first signing under our JV is Saltwives, who have already had worldwide hits under their belt. David and Alex are extremely talented, hard working and deserve every moment of their success."

Saltwives added: “We are delighted to be signing with Downtown Music Publishing who have an innovative approach to the challenges and opportunities of the music business and an outstanding global creative team. We look forward to continued success and collaboration with the Invisible Men and making many great songs that will have an excellent home with Downtown”.

The Invisible Men said in a statement: "We’re thrilled to be partnering with Downtown on this joint venture. Our first signing to the Invisible Men Publishing/Downtown will be the hugely talented production duo Alex Oriet and David Phelan aka the Saltwives. In the two years we’ve worked with the Saltwives they've notched up hit records for the likes of Iggy Azalea, Zayn, Charles Hamilton & Bebe Rexha with tons of exciting cuts lining up for 2017."