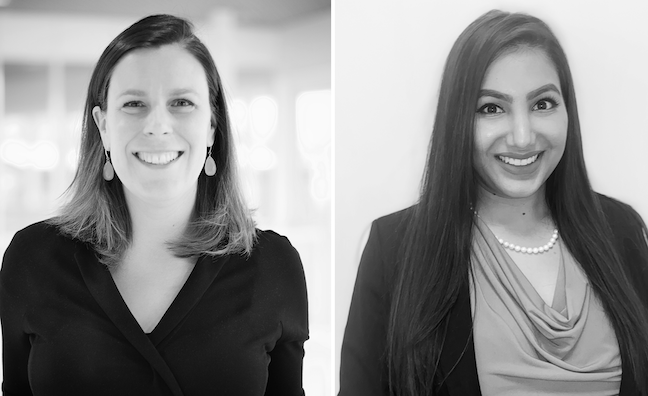 Downtown Music Holdings has announced a further round of senior executive promotions to expand its legal and business affairs team.

In her new role, Jacobs will oversee all international corporate legal activities for Downtown and will report to Peter Rosenthal. Jacobs will continue to be based in Amsterdam, where Downtown employs over 100 people working across its distribution, neighboring rights, and royalty collection businesses.

As director of legal & business affairs, Charania will continue to provide legal support across Downtown’s wide-ranging business "in a variety of global legal and finance matters", including mergers and acquisitions, debt and equity financings, corporate governance, and more.

Speaking of the appointments, Peter Rosenthal, Downtown’s Group general counsel, said: “Claire’s and Amber’s work this past year has been invaluable to the entire Downtown group. As Downtown continues to increase business activity, evaluate M&A opportunities, and expand globally, their expertise and leadership will be vital to the enterprise.”

Jacobs commented: “My role at FUGA has been extremely rewarding and I have enjoyed working alongside the Downtown team since FUGA joined the group in 2020,” “I am looking forward to working more closely with Peter and the executive team while being instrumental in Downtown’s rapid global expansion.”

Charania concluded: "Since joining the group in 2020, Downtown has been an inspiring place to work and at every stage of its growth, you can feel that you're at an industry leader who is driving change. I'm excited to continue my journey at Downtown, while working alongside Peter, Claire, and the broader global legal team."