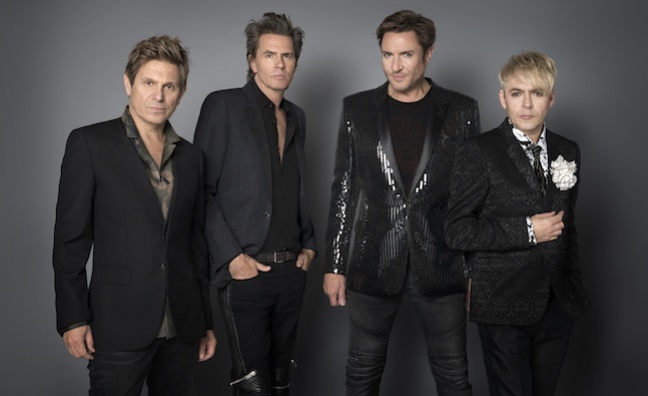 Warner Chappell Music has entered into a global publishing agreement with Duran Duran.

Warner Chappell will administer the majority of the group’s catalogue from 1986 to date, as well as all current and future compositions. Included are albums such as Notorious, Duran Duran (The Wedding Album), Astronaut, Red Carpet Massacre and Paper Gods, encompassing the global hits Notorious, All She Wants Is, Ordinary World, Come Undone, (Reach Up for the) Sunrise, Pressure Off and more.

Duran Duran’s next studio album is slated for release in the autumn.

“Duran Duran redefined the modern pop landscape in the ‘80s, and over the past four decades, they’ve remained endlessly creative, continuing to evolve and reinvent themselves,” said Warner Chappell Music co-chair & COO Carianne Marshall and co-chair & CEO Guy Moot. “As brilliant songwriters and visual pioneers, the band’s distinctive, original approach has continued to influence successive generations of artists, even as they have continued to raise the bar. All of us at Warner Chappell are immensely pleased that Duran Duran has chosen Warner Chappell as their new publishing home, and we welcome Roger, Simon, Nick, and John into the family.”

Speaking on behalf of the band, singer Simon Le Bon said: “We worked with both Carianne and Guy before they joined Warner Chappell, and we have long admired the kind of creative approach they bring to publishing. We are very much looking forward to this new partnership and to a successful future together for our catalogue.”

Duran Duran’s most recent studio album, Paper Gods, became their highest-charting release in over two decades, hitting the Top 5 in the UK and the Top 10 in the US. The upcoming release of their new studio album will be accompanied by a major world tour.