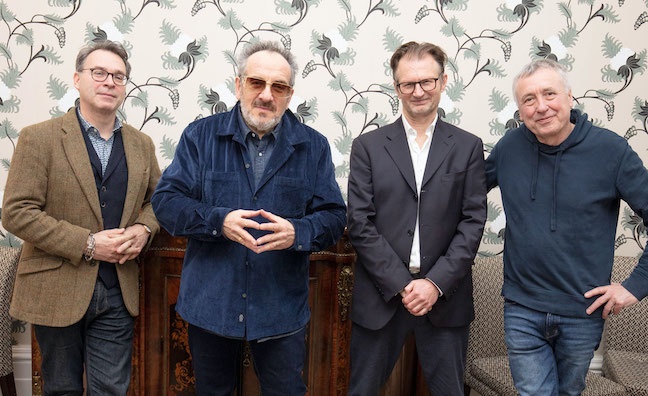 The agreement with the legendary British songwriter includes his latest album, The Boy Named If, which last week entered the charts at No.6, his highest chart position since 1994.

Under the agreement, BMG will administer the rights to all of his songs dating back to his debut album My Aim Is True, released in 1977.

A two-time Grammy Award winner – most recently in 2019 for Look Now – and Rock ‘n’ Roll Hall of Fame inductee, Elvis Costello has been a songwriting partner of Burt Bacharach, Paul McCartney and Carole King. His songs have been covered by Linda Ronstadt, Diana Krall, Johnny Cash, Roy Orbison, Zucchero, Dave Edmunds and Chet Baker, as well as spawning at least six tribute albums from other performers.

One of the greatest songwriters the UK has produced

The catalogue includes songs featured on over 32 studio albums, of which 12 have charted in the UK Top 10. His catalogue includes timeless classics such as Alison, Watching The Detectives, Everyday I Write The Book, Pump It Up and Veronica.

Alistair Norbury, BMG president repertoire & marketing UK, said, “It is not often that a catalogue as distinguished as Elvis Costello’s becomes available. We look forward to working with Elvis and his management to further raise awareness and appreciation of one of the greatest songwriters the UK has produced.”

Ian Ramage, BMG VP A&R UK, said, “Elvis really is the songwriters’ songwriter. As a music publisher, this is the quality of work we all aspire to represent.”