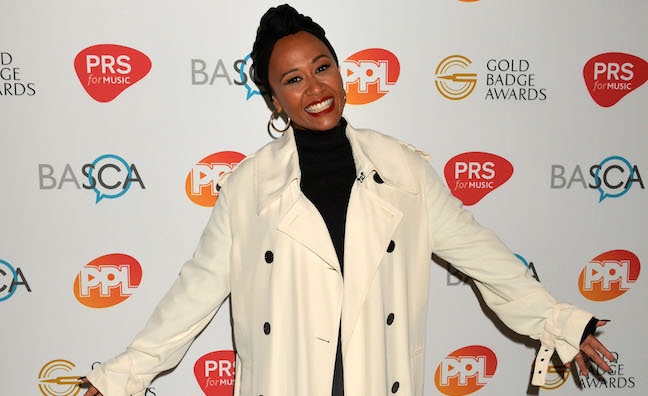 The 44th edition of the British Academy of Songwriters, Composers and Authors (BASCA) Gold Badge Awards were presented today (October 2) at The Savoy hotel in London.

Sponsored by PPL and PRS for Music, the award ceremony was hosted by Guy Fletcher and celebrated the unique contribution of those who have supported or inspired the UK songwriting and composing community.

Emeli Sande received the award sponsored by PPL for her “unique and inspirational contribution to music”. It was presented by PPL CEO Peter Leathem.

The ceremony opened by acknowledging the contribution of conductor and festival director George Vass, who was called the “saviour of contemporary classical music” by Radio 3.

Music publisher Paulette Long was described as “a passionate and fearless advocate for those who should be better represented in our musical world”.

Musician Denys Baptiste praised Gary Crosby as “literally shaping the future of British jazz”, thanks to his mentoring of rising stars. Steve Parr was recognised for his work in film and TV music.

CEO of the charity Sound and Music, Susanna Eastburn was hailed by composer Jo Thomas as having “breath-taking vision and integrity.”

Paying tribute to composer and arranger Michael Gibbs, Grammy award-winning jazz musician Gary Burton said: “Being a true original is the deepest wish of every creative artist, and Michael has truly attained that rare level of achievement.”

Maggie Rodford, who leads music publishing and production company Air-Edel, was described as someone who believes passionately in the true value of the creative process. Music publisher Sarah Liversedge, of Bucks Music and BDi, was recognised for her A&R skills and support for writers and composers.