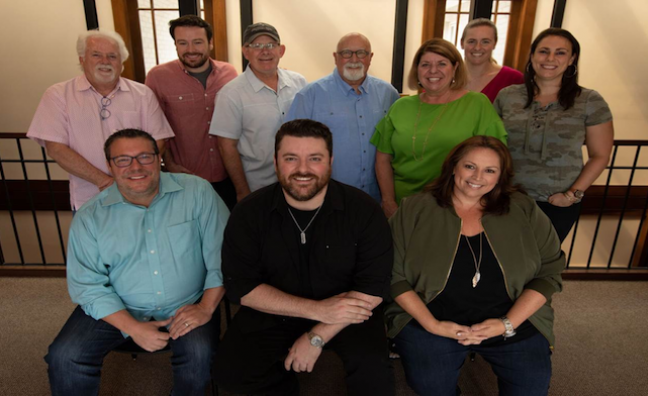 Both a Grammy and ACM-nominated vocalist, Young (RCA Records Nashville) has racked up seventeen gold, platinum and multi-platinum-certified projects, including 10 chart-toping singles. Young has also written songs recorded by Kane Brown, Jackie Lee and The Shires.

Speaking about the deal, Kent Earls, executive vice president and general manager, UMPG Nashville, said: “Chris Young is a publisher’s dream. He’s a gifted songwriter, incredible vocalist and selling out arenas on his current headlining tour. We’re honoured and thrilled that he has joined the UMPG family and look forward to an exciting future together,”

Young added: "Kent, Ron Stuve, Cyndi Forman, Evan Lamberg and everyone at Universal Music Publishing are passionate about my work as a songwriter and what can be accomplished together in the future. I can’t wait to see where we will go together as a team.”

Young was recently inducted as a member of the iconic Grand Ole Opry, and has previously appeared at C2C Festival in the UK. He is currently headlining his Losing Sleep 2018 World Tour, with more than 55 arena and amphitheatre scheduled dates.