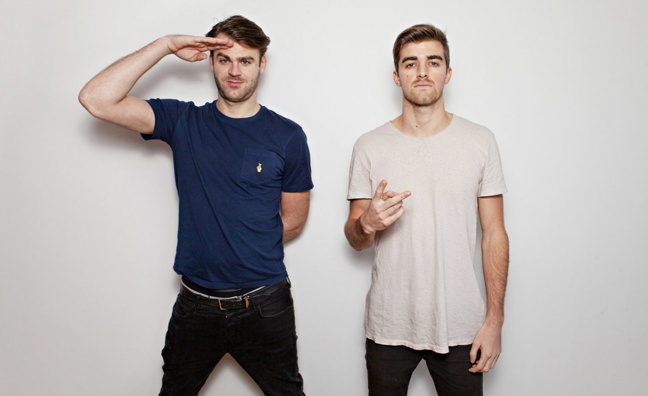 Hipgnosis has made its latest acquisition with the purchase of a music catalogue from The Chainsmokers.

The artist and producer duo, made up of Alex Pall and Andrew Taggart, are the 14th most streamed artist globally on Spotify with 41 million monthly listeners and were recently named the world's highest-paid DJs by Forbes, garnering $46 million (£38m) in pre-tax income over the past year.

Hipgnosis has acquired 100% of the Chainsmokers’ interest including ASCAP income in their catalogue, which comprises 32 Chainsmokers’ songs as well as 10 additional songs written by Andrew Taggart.

Merck Mercuriadis, founder of The Family (Music) Limited and Hipgnosis Songs Fund Limited, said: “The Chainsmokers are the highest paid duo in the world not only because they know how to spin records better than anyone else but because they have created amongst the very biggest hits in the world for the dance and pop community over the last seven years.

"This is a set of songs that people can’t stop playing and that will define the lives of so many people that have grown up in the 2010’s. It’s my pleasure to welcome Alex, Drew and Adam to the Hipgnosis Family!”