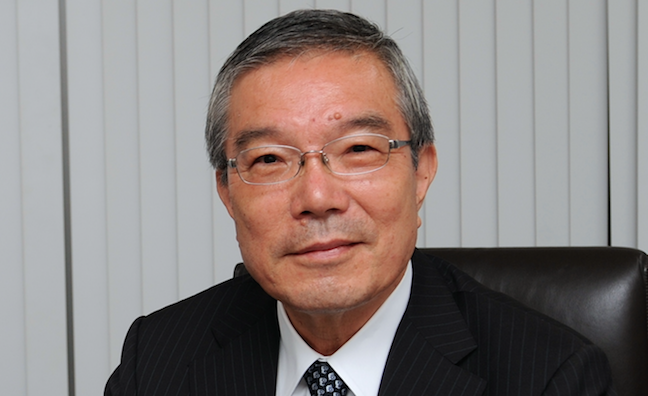 The IMPF, which represents independent music publishers around the world, has announced that Ichiro ‘Ichi’ Asatsuma has been appointed to its board of directors.

One of the most influential figures in Japanese music, and the international indie market, Asatsuma will look to consolidate growth in the Asia Pacific region.

He joins the IMPF board for the first time at MIDEM later this week, where over 120 indie publishers, guests and friends will meet at the second annual indie music publishers networking breakfast. As chairman of Fujipacific Music, one of the leading music publishers in Japan, having joined the group in 1966 as one of its first employees. He has also served as a board member of JASRAC from 1986 to 2010 and was the chairman of Japan's Music Publishers Association (MPA) from 2004 to 2010. From 2007 to 2012 he was on the Board of ICMP and he currently serves as special adviser to the MPA Japan.

"Maintaining a strong indie voice across the globe is of huge importance to independent music publishers in this ever changing and turbulent industry and having Ichi at the Board will be a tremendous addition." said Pierre Mossiat, president of IMPF. "The indie business model is at the core of music publishing and through strengthening our collective, the entire industry value chain will prosper.”

Asatsuma added: "I am delighted to join the Board of IMPF. I have watched the Forum grow since its inception and look forward to working with the rest of my colleagues on the Board, to consolidate our efforts on the key global music publishing issues."

Rolf Budde, VP of IMPF added: "Ichi’s reputation in the global music publishing industry is outstanding, and we are honoured that he will join us in this dynamic network and meeting place for independent music publishers from around the world."