'If they move me, I try to sign them': Sony/ATV Nashville's Troy Tomlinson on the art of country songwriting 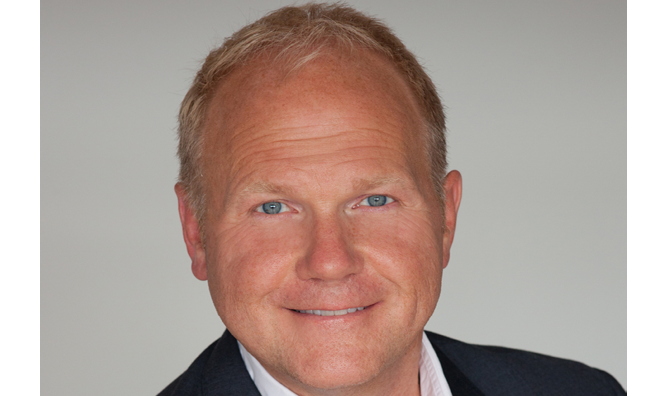 Country To Country Festival week is when Nashville comes to London – and to Music Week’s special country music issue, of course.

Among the big Nashville names featured in this week’s edition – which include Maren Morris, the Country Music Association’s Milly Olykan and C2C itself – is a genuine legend of the town’s publishing sector, Sony/ATV Nashville president/CEO, Troy Tomlinson.

Tomlinson – who takes on this week’s Aftershow interview with tales of Taylor Swift’s jury service and his habit of “having a near seizure” when he hears a great song – recently celebrated 35 years in the business. During that time, he served at legendary publisher Acuff-Rose, where he signed Kenny Chesney, before joining Sony/ATV when it bought the indie in 2002. He has led the business since 2005 and worked on the songwriting careers of Taylor Swift, Kelsea Ballerini and Miranda Lambert, to name but a few. And Sony/ATV has just signed country icon Dolly Parton.

So, who better to sit down with on the eve of the UK’s biggest country event to talk Nashville, the UK country scene and why he’s keeping the art of song plugging alive…

How do you celebrate 35 years in the biz?

“By doing the same thing I’ve been doing for 35 years: just try to get another song cut or sign another good songwriter!”

What makes Nashville so special?

“First of all, the music business is such a known and significant part of the Nashville culture. But what sets us apart is, really and truly, there are three streets here that are a mile long each and, within those three streets, is 80% of the music business in Nashville. So what we would call Music Row, 80% of the business is right here. There are a couple of labels more towards the downtown area but the majority of the business is still on these three streets and that allows us to be continually running into each other. It’s still like a neighbourhood. I can’t walk out of my front door of my building to go to my car without someone yelling at me, ‘Hey Troy, what’s up?’ And the same is true if I walk down the street to any of the little restaurants that we all go to, to get a bite of lunch. You’re constantly running into one another so, unlike other cities where you’ve got to jump in a car and drive a long way and sit in traffic to get to one of your clients, we walk to many of our appointments. There’s a smallness about it. And this town honours songwriters like nowhere else I’ve seen. There’s something special about songwriters in this town that sets us apart.”

How can you tell when you’ve found a great songwriter?

“Seldom have I known for sure that someone was going to end up being a superstar. Obviously, in my gut, I signed them because of their songs. Sometimes you’re sitting there with a songwriter and they’re performing their songs for you for the first time and you recognise, wow, they’ve got a great voice, they present themselves well, they play well, this person could be an artist as well. But seldom is that what draws me to them or attracts me to them. It’s always the song. The short answer is, I’ve just been fortunate that a lot of really gifted songwriters have walked into my office and played me songs that moved me. If they move me, I try my best to sign them and then it seems like good things happen.”

The only private equity when Music Row started was some dude pulling out his cheque book and investing in a writer!

What’s the biggest change you’ve seen in your time in the business?

“The single most dramatic change was the rise of mechanical income – followed by the tragic decline of mechanical income! That’s important to a publisher because we advance writers so that they can quit their day jobs and write songs. For a couple of decades, we could give them really good, healthy advances and we knew that, even if we didn’t get the single on an artist, if we had a couple of songs on a really big album that sold four or five million, we could recoup their deal. Then there’s the fact that you’ve got private equity funds that are wiling to get a foothold in Nashville and buy some catalogues and writers. That’s not necessarily good or bad, it’s just a change. Our town started organically. The only private equity when Music Row started was some dude pulling out his cheque book and investing in a writer! But maybe the biggest thing is that, in our town in particular, for decades 90% of the songs that we got recorded were from pitching. We were plugging the songs. Only about 10% were written by the artist. Now a large portion of the songs are written or co-written by the artist and a smaller portion of the cuts come from straight-out pitches of great songs. That’s been hard for me as a song plugger. A song plugger is responsible for taking a great song, playing it for a great artist and getting a cut. Or taking it to the manager or to the bus driver, whatever it took. That’s how I grew up in this business.”

Do you miss those days?

“Well, we still do it as a team and still maybe 40% of our cuts in any given year are from straight-out pitches. I still do it myself with the artists I’ve maintained relationships with. It is the most fulfilling moment for a guy that’s always been a song plugger, to email an artist and say, ‘Hey, I haven’t sent you anything recently, but I just got this song and it kills me’ and to have them reply, ‘I love it, we’re cutting it the day after tomorrow’.”

How has country become so much more an international phenomenon?

“Part of that is because the lyrical content is broader than it once was. Country music lyrics used to primarily relate to country vernacular. There’s still a significant part of that, but the way the lyrics are portrayed is broader to the world than it once was. And technology has honestly helped. People around the world now sitting at their computer have been able to access more country music than they had for decades before. And if you have access to something, you might start liking it! The CMA’s strategy to take country music outside of our borders to those places around the world that do seem to have an appetite for it has really helped us grow. Of course, it’s still difficult. Artists have to make a commitment to various territories. It can’t just be as simple as, go hit five countries with a show in each country and hope that you’re now established in those territories. It would be unfair of anyone to think they could bop in to the UK, do a couple of shows a year, bop out again and expect to build a fanbase. People are doing more than that now but I wouldn’t want to make it seem like we’ve turned some sort of giant corner. There’s no victory yet, we’ve still got a lot of work to do.”