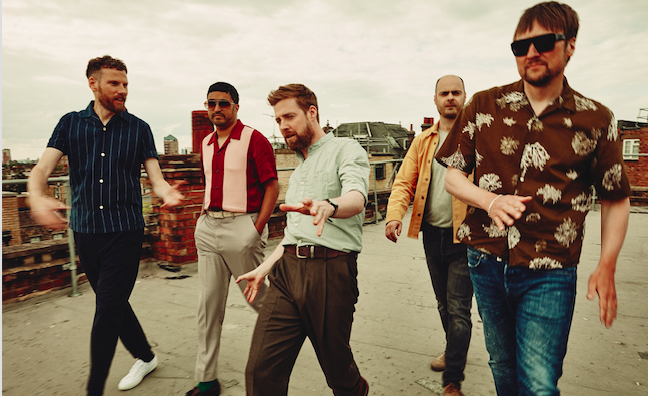 The Board of Hipgnosis Songs Fund Limited and its Investment Adviser have announced the deal which includes 100% of the worldwide ownership of the master rights to the Kaiser Chiefs’ first four studio albums, plus their greatest hits album Souvenir and their audiovisual release Live at Elland Road.

“The Kaiser Chiefs have been one of the most successful English bands of the last 15 years and it’s no secret that it’s down to great songs, great albums and a terrific live show," said Merck Mercuriadis, founder of The Family (Music) Limited and Hipgnosis Songs Fund Limited.

"They follow the very English tradition of The Who and Madness and incredible hits like I Predict a Riot and Ruby just get better with time. I’m delighted that Mark, Martin, James, Nick, Ricky and the band have entrusted us with this special catalogue."

The Leeds' band's manager, James Sandom of Red Light Management, welcomed the new partnership, stating it would lead to new opportunities for the group's work.

“It’s great to be in business with Merck and Hipgnosis," he declared. "We’re excited by the potential and fresh focus on Kaiser Chiefs classic catalogue in this new chapter, Hipgnosis’ modern thinking and resource will add value and presence to a catalogue that’s engrained in British culture.”

B-Unique's Mark Lewis and Martin Toher added they were looking forward to working with Mercuriadis and his team as they will continue to work the catalogue under the new arrangement.

“We are delighted to be part of the Hipgnosis story, Merck managed the first band signed to B-unique, we know he is a proper music man. This deal will allow us to continue working with the Kaisers and James to keep this great catalogue growing," they suggested.

"Martin and I shared such a commonality with the band, we both had a real underdog spirit and the fact that they are still having top 3 albums and selling more tickets than ever is a testament to their continued hunger.”

The catalogue will be allocated to the company C Shares.

Last month Hipgnosis joined the Premium Segment of the Official List on the London Stock Exchange.

Subscribers can read Music Week's feature on the creation of one of the recently acquired songs, Kaiser Chiefs' Ruby.