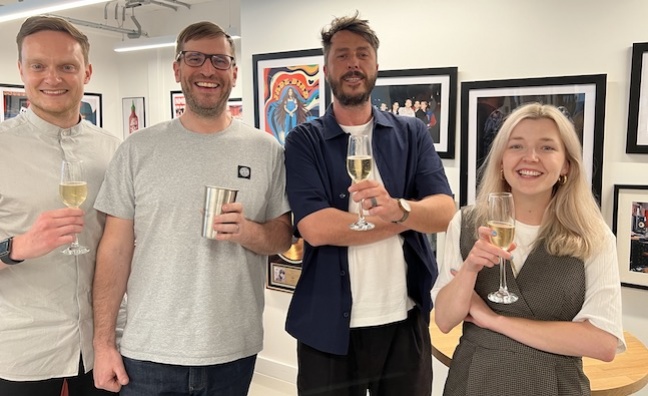 Kobalt has signed Tom Demac to a worldwide publishing administration agreement, including global sync and creative services for his catalogue and future songs.

Tom Demac is a UK-based producer/mixer. He has mixing and additional producing credits on hits including Jax Jones’ I Miss U feat. Au/Ra and Jones’ recent Top 10 single Where Did You Go feat. MNEK, as well as Navos’ Believe Me.

Alongside his work in the more commercial dance and pop sphere, Demac also has a background in the UK underground electronic scene. He has worked with labels such as Kompakt and Hypercolour, remixing artists such as Roisin Murphy, Pet Shop Boys, Maribou State, Metronomy and Gazelle Twin.

Kenny McGoff, head of A&R, UK, Kobalt, said: “We are really pleased that Tom has joined the Kobalt family. His unique understanding across multiple genres and experience in the studio, combined with a fantastic sense of humour, is a publishing dream. With his steadfast manager Owyn we look forward to smashing it together.”

Tom Demac said, “'After meeting with multiple publishers, connecting with Kenny and Emma for the first time in my studio left no doubt in my mind that Kobalt was the right home for me. I value relationships more than most things in life, and straight off the bat, I could feel how amazing this relationship would be and how enthusiastic the guys were about my work. Looking forward to the next three years and beyond with this incredible team.”

Demac’s manager, Owyn Sidwell, SidexSide Management, added: “Tom is an exceptional talent. He has an incredible way of getting the best out of his clients by empowering their creative vision. This relationship with Kobalt feels perfect, and we have found great partners who match our energy and ambition. We look forward to a long relationship with Kobalt!”

Kobalt won the Sync Team Of The Year category at the Music Week Awards.