Music Week Awards 2022: All the winners at the biggest ever ceremony 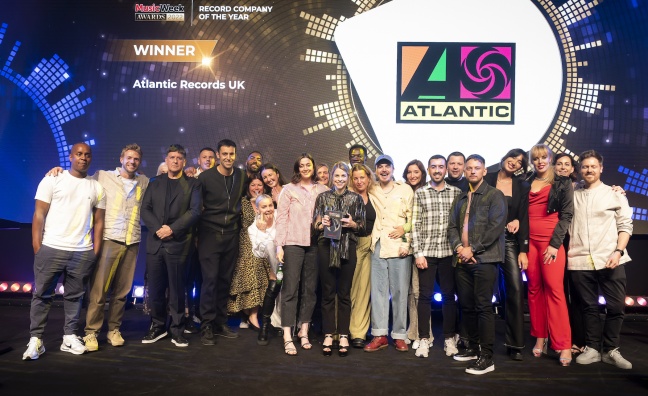 The Music Week Awards 2022 has been staged at Battersea Evolution in front of more than 1,400 industry guests.

This year’s ceremony was officially our biggest ever edition of the only awards show that recognises all areas of the music industry. The awards reflect success during 2021 - click here for all of the finalists.

Munya Chawawa hosted the ceremony for the first time. As well as feigning outrage at walk-on music by JLS ("that is a microagression"), the comedian and TikTok star also made cracks about ticket touts, Ed Sheeran’s tax bill, agent’s fees and Rebekah Vardy.

Joel Corry flew back from the US to support the team at Perfect Havoc and Atlantic, while other artists and DJs at the ceremony included Anne-Marie, Elbow’s Guy Garvey, Louise Redknapp, Jo Whiley, Apple Music's Dotty Charles and Jamz Supernova.

Atlantic Records took home the big award for Record Company Of The Year following huge success in 2021 with the return of Ed Sheeran and Anne-Marie, as well as breakthrough stars Tion Wayne and Maisie Peters. The win was celebrated by jubilant co-presidents Briony Turner and Ed Howard, as well as promotions boss Damian Christian and Anne-Marie. 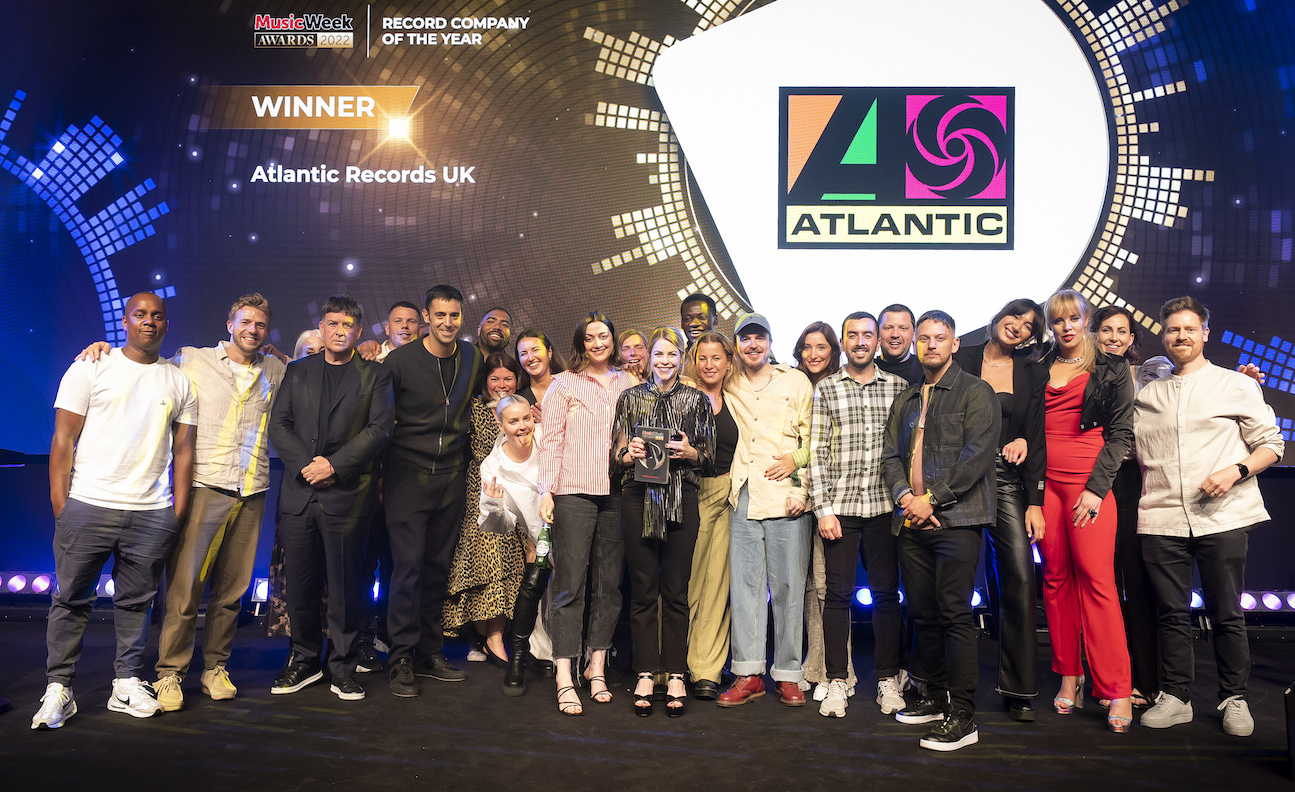 Jamal Edwards was recognised with a special award. The industry pioneer’s mother, Brenda Edwards, attended the ceremony and gave an emotional speech about his close connections with the music business.

“I also would like to thank everyone who knew Jamal, and who worked with Jamal, for your support and well wishes,” said Brenda Edwards. “It’s really appreciated by myself and the rest of the family. I’d especially like to thank the Music Week Awards editorial team for this special award tonight. I’m very honoured and touched to receive this award on behalf of my son.

“Jamal was a true force of nature and being in this room today fills me with so much joy and pride, knowing how much he loved the music business and everybody that’s in this room. Jamal lived for and believed in British music in its fullness and thrived seeing artists from varying genres and disciplines including off-screen talent, break down barriers. We are a nation rich in talent and ideas, and we must continue to support the next generation to break through, and must continue to be risk takers for diverse ideas and voices to break through.

“Jamal has always been extraordinarily welcoming and encouraging to all people. I’m inspired, motivated and driven by his selflessness, to continue the work he started and to connect and uplift all people. I will always deeply cherish all the great memories we shared, so it’s a huge honour to stand before you to accept this award on behalf of Jamal, SBTV, Jamal Edwards Self Belief Trust, and most importantly, his family and close friends.”

Meanwhile, the major’s Columbia Records label triumphed in the Artist Marketing category for the blockbuster Adele LP 30, the biggest global album of 2021.

Sony Music Publishing reclaimed the Publisher Of The Year title, which they last won in 2020 (a year without a ceremony, of course).

Reservoir won for Independent Publisher Of The Year, a trophy they claimed when it was first awarded two years ago.

Manager Of The Year went to David Furnish and Rachael Paley at Rocket Entertainment for their work on Elton John, who’s now a streaming star as well as being a touring titan on the Farewell Yellow Brick Road trek. As soon as they came off stage, the management duo called the star on his European tour to let him know the result.

Live categories were back this year with the exception of an award for festivals, which struggled last year due to the pandemic. Live Music Agent Of The Year went to Alex Hardee of Wasserman Music (formerly known as Paradigm). The super agent, who represents acts including Liam Gallagher, was back after a memorable speech full of genuine comedy moments in 2018 - and he didn't disappoint. Hardee also paid tribute to fellow agent Steve Strange.

Other big wins on the night included Damian Christian and the team at Atlantic retaining the Promotions Team Of The Year trophy. It followed a big result on radio and TV airplay last year when Atlantic was well ahead based on market share. The label had huge radio hits with Ed Sheeran, Joel Corry and Silk Sonic.

Catalogue Marketing Team went to UMC for their Spice Girls campaign. The label, which won last year for Bob Marley, was also nominated in 2022 for Queen. The award is growing in importance with the rise of catalogue consumption.

BBC Radio 1 took home the trophy for Radio Station Of The Year, which was celebrated by station head Aled Haydn Jones, head of music Chris Price and star presenters (and nominees) Clara Amfo and Jack Saunders.

Elsewhere, there were new names in the awards mix, including SoundCloud for Fan-Powered Royalties in the Music Consumer Innovation category; Robert Bruce at Capital Xtra for Radio Show Of The Year (Homegrown); and Neighbourhood Recordings for Independent Record Company Of The Year, following their achievements with UK rap superstar Dave.

ERA and the Music Venue Trust were category supporters. Small Green Shoots was the charity partner.

GRASSROOTS VENUE: SPIRIT OF THE SCENE - The New Adelphi, Hull

ACCOUNTANCY FIRM OF THE YEAR - Hentons

INDEPENDENT PUBLISHER OF THE YEAR - Reservoir