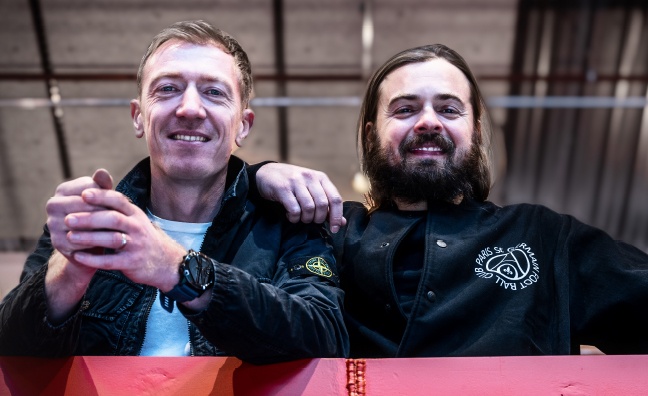 Sony Music Publishing has had a busy 12 months following its rebrand after 25 years of the Sony/ATV name.

UK leadership duo Tim Major (co-MD) and David Ventura (president and co-MD) were appointed almost three years ago. They have now been interviewed together in Music Week to reflect on their accomplishments.

The return of the Sony Music Publishing name was followed by a series of signings, including Olivia Rodrigo, KSI and Paul Simon), as well as big initiatives such as Songwriters Forward to open up streaming income for some legacy acts.

The initiative was announced by chairman/CEO Jon Platt, who moved into the top job in 2019.

“We feel like the new era started when Jon Platt came in, but the rebrand was a great opportunity for us to build something that was ours,” said co-MD Tim Major. “Jon is inspirational. He has brought an incredible energy and focus, and is very intentional about the culture of the company.”

Ventura and Platt’s paths first crossed at the start of the former’s publishing journey at EMI Music Publishing’s London office in 2010.

“Jon is an icon,” said Ventura. “Jon is a living legend. Jon is an example. Jon is a mentor. But the adjective I would use to define him the most is ‘caring’. Jon cares for songwriters, and that’s the only leadership that works for a publisher because we’re looking after others, that’s our job. We have a duty to be at the service of our songwriters.”

SMP’s Cash Out initiative enables songwriters and clients to request some or all of their current royalty balance to be paid immediately and it has upgraded its admin services to offer real-time inter-company processing for all foreign earnings. Songwriter Assistance will provide its global roster of songwriters and composers with access to free, confidential counselling services and wellness resources.

“The Songwriters Forward initiatives are just another part of what we’re trying to do to put our songwriters first and I think it shows that we’re very aware of what’s important to them,” said Major. “We’re trying to be progressive and it is the first of many initiatives that will come through that programme.”

“It’s an important example of how close we want to be with our songwriters and how we had the ability to change things for them,” added Ventura. “We don’t want to be looking at an old prehistoric industry, which doesn’t evolve, doesn’t change and doesn’t listen. Jon pushed straight away to make it happen and I think it’s an incredible initiative. Again, it’s reflecting on how Sony Music Publishing wants to service the songwriter first. We were not obliged to do it, but it’s been done because it was important for the songwriter community.”

SMP was named publisher of the year at the Music Week Awards in 2020, and its roster boasts superstars such as Ed Sheeran, Beyoncé, Jay-Z, Rihanna, Lady Gaga, Olivia Rodrigo, Charli XCX and more.

According to Ventura, the first phase was rebuilding and the second phase is prosperity. 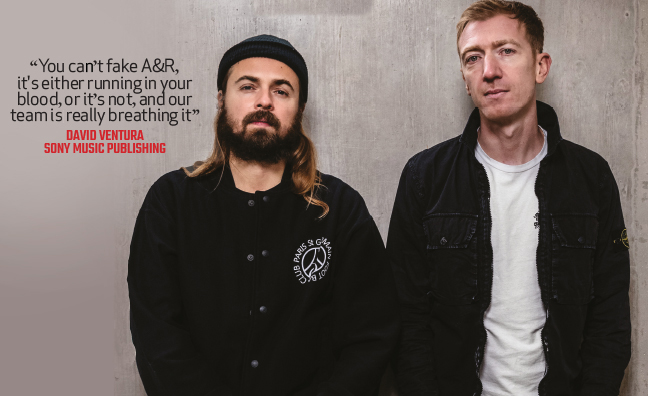 The two initiated a root and branch overhaul of SMP UK’s A&R department, with a number of significant arrivals and promotions. Rinse FM founder and former EMI A&R manager Sarah Lockhart came on board as VP, A&R in March 2020 and quickly signed the likes of Aitch, Young T & Bugsey, D-Block Europe and Shaybo. She was upped to head of the division eight months later.

“When Tim and I took over, I think we had two people left in the A&R department, so it was a total revamp and we had to start from scratch,” said Ventura. “These days, it’s a mix of old-fashioned A&R and data analysis. I much prefer discovering a song and thinking, ‘I love it’, but you have to admit that data takes a big space. And I think the symbiosis between true, old school A&R and data has been the reason we are having a great run. You can’t fake A&R. It’s either running in your blood, or not, and I think our team is really breathing it.”

New signings PinkPantheress, Pa Salieu, Tems, Lola Young, Mimi Webb and Arlo Parks (with Young Music Publishing) have all made their mark. Parks won the Mercury Prize and the breakthrough act award at the BRITs and Pa Salieu won BBC’s Sound Of 2021 gong, while PinkPantheress, Tems, Young and Webb made the Sound Of 2022 longlist (PinkPantheress was the ultimate winner).

“A&R is you putting your belief in someone,” said Ventura, who has signed or worked with the likes of Clean Bandit, Martin Solveig, Passenger, Kygo, Jorja Smith, Sigrid, JP Cooper and Becky Hill. “You believe a songwriter; you believe what they write; you believe their story. A&R is super-subjective; it’s about taste, it’s about emotion, and it’s been very comforting and reassuring for us to see that our early A&R signings have become [successful].”

Ventura and Major are proud of the company’s results, but their ultimate job satisfaction is derived from beyond the bottom line.

“We had more than a third of the market share in the UK for 2021 and we are extremely proud of that, but this is not why we’re doing this job, it’s just maths, just a number,” said Ventura. “We’re doing this job to see Arlo Parks win the Mercury Prize. We are winning when we hear one of our songwriters getting played on Radio 1, Kiss or Capital, or when we see a song that we absolutely love from the studio being released – that is where I find the joy in this job.”

“It sounds really cheesy, and I probably stole this from someone, but one of the reasons that you haven’t seen so much of us in Music Week [until now] is that it’s not really about us,” said Major. “We’re not trying to be held up as the best leaders in music publishing, we want to be leading the best team in music publishing. All of these results are really down to the team.”