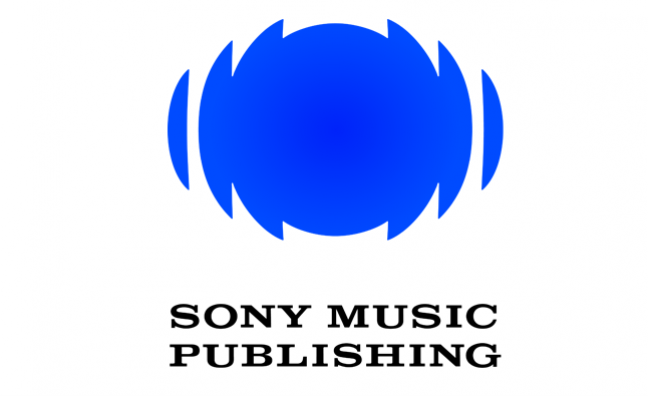 The rebrand of the market-leading company has been announced, including a new logo for the publisher. For the background on the rebrand, click here for the full story.

It follows a period of evolution for the company under CEO and chairman Jon Platt. As well as launching an Atlanta office and creating a more diverse executive team, Platt also promoted David Ventura and Tim Major to head up the UK business.

The UK company has been busy signing new talent, including Pa Salieu, Arlo Parks and Beabadoobee, along with established artist-songwriters such as Ellie Goulding, Jamie Cullum and Sampha. Re-sign deals include Gorillaz, CamelPhat, Becky Hill and Cass Lowe.

In addition to reshaping the UK team since their appointments 18 months ago, the pair steered the publisher to victory at the Music Week Awards in September 2020.

Here, David Ventura, president & co-MD, and Tim Major, co-MD, look ahead to the future of the company, outline their priorities and talk synergies with the wider Sony companies…

Is this rebrand significant for the new era of Sony Music Publishing?

David Ventura: “Yeah, it's a big change and we are extremely excited. Tim and I have been in our role for more than 18 months now, and we've been in the company for almost 10 years – both of us – so it's been an incredible time to see the growth of the company. The Sony Music Publishing brand is a return to our original [name], so it's super inspiring. It's been something we've seen Jon [Platt] working on and the teams for a little while, so we're very happy that it is now time for the world to see it.”

Tim Major: “It really reflects the energy and the momentum we've had since Jon took over. It really feels like the company's evolving. We are very respectful of our history and where we've come from, because there have been a number of mergers and acquisitions over the years – ATV was a company that Michael Jackson merged with Sony [in 1995], and there’s EMI Music Publishing. So there's a huge amount of history there, which we’re so respectful of. But at the same time, it feels like we’re building on that legacy. There's a great respect for our legacy, in terms of ATV and EMI, but we're all operating cohesively under one brand, which is the Sony Music Publishing brand. Yeah, we're really excited about it.”

DV: “Absolutely. It’s a total rebrand, from our logo to our name, it's the new era of Sony/ATV. It's just following the evolution of the company and everything we've been working hard on for the last few years, to really put the songwriters at the front of everything that we do; all the different improvements we've done to the company to be more transparent and to provide live accounting, to introduce Cash Out [enabling songwriters to request payments ahead of the next distribution]. We've been fighting to improve everything related to the songwriters, so we feel that this is now the start of a new era and we are extremely proud to be part of it. And it’s thanks to the incredible songwriters we've been lucky to work with. To be honest, if this company exists, it’s because of the creators.”

There's a great respect for our legacy, in terms of ATV and EMI, but we're all operating cohesively under one brand

The publishing and recording businesses have become more aligned. How does this move now accelerate that process with the wider Sony Corp family?

DV: “We are a creative entertainment company with a solid foundation in technology. I was born in ’81 and I remember the Walkman and Discman, and Sony always being at the heart of innovation. We've been talking about one Sony and all the bridges between Sony Music, Sony Music Publishing, Sony Pictures, Sony Entertainment and Sony PlayStation. We've been actively working on it for the last year and a half, trying to really build up the bridges and find synergies, because the ethos at Sony Music is just incredible. We think we are the only company in the world who has this incredible diversification. It's an incredible opportunity for us to make it work.”

Are there any examples of synergies you can discuss?

DV: “Yeah, we've been having conversations with PlayStation, we've been trying to make sure our songwriters have been involved in the making of games [soundtracks], and that was something we did touch base on in the past but we never really triggered. There have been many conversation with Sony Pictures as well”.

TM: “We did the HyperBrawl Tournament video game with Sony Masterworks and Steve Levine, that was Sony Music and Sony Music Publishing, so that was a really good synergy there.” 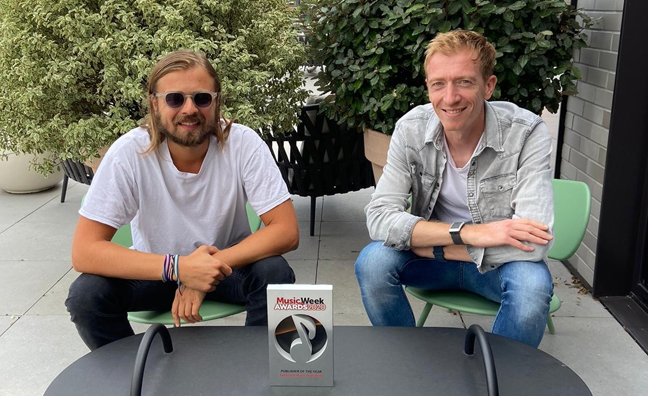 How has the company changed in the last few years under Jon Platt and your work in the UK?

DV: “I think there has been a complete change, and the rebrand is probably the point in time to make [that clear] to the world. We've done incredible [work] for songwriters. With Covid happening, we had to make a drastic change and give access to transparent accountancy to our writers and make sure they can cash out money when they need to. We are constantly improving our deals with all the different partners, it's something which is essential in our business. So there has been very intense and drastic change, we've done so much in the UK. Our number one duty is looking after [our songwriters], looking after their songs, making sure we get involved in the creative side and making sure we push them for syncs. The company has evolved so much over the last 18 months and will carry on [doing so]. The way we operate now and the way we operate within two years might be different again.”

Is it important that Sony Music Publishing continues to build a diverse workforce?

DV: “It's the core of what we do, because we are working with songwriters and reflecting the world and the world is diverse. So our company and the way we operate needs to reflect that, from the A&R department to the administration department, to the finance department. It's very important that we reflect how the world is at the moment, it's been a number one priority for us.”

It’s following the evolution of the company, to really put the songwriters at the front of everything that we do

TM: “We've done an awful lot in 18 months. We had to rebuild the A&R team, and it’s a new, dynamic team. Sarah [Lockhart, head of A&R] is an incredible executive, she has a style of her own, which I hugely admire. She's fantastic, she's building a brilliant team and bringing a new dynamism and culture to what we do now. We reorganised our sync team, we've got a new leadership there in terms of Sarah Pickering and Chris Jones. That’s really rolling out very well, there's a great balance there between the two of them. We brought in new people, including Naomi [Asher] in our neighboring rights business. And, obviously, we were proud to be recognised by [Music Week] as publisher of the year, because it felt like outside recognition of what we were doing. It was the team's hard work, and the success of our songwriters, which really made us proud to receive that award at the time. It was just a shame we couldn't celebrate in person.”

DV: “We are extremely proud of all the renewal deals we've done as well, and all the new signings. In December, when we assessed what we had done during the year, very happily we could say that we had 66 cuts on the Top 100 in the UK in 2020. We have signed new emerging talent. Pa Salieu won the BBC Sound Of poll, we are really excited and happy about him, because we signed him around summer time and we always thought he was special. We have incredible new songwriters who are going to release music this year. The last year has been challenging for the entire world. But it's incredible to see how songwriters have managed to adapt, create and write remotely. It's been almost a year since we've been working from home. We’ve had fantastic results and incredible music released by our songwriters. So every day, I wake up and think how lucky we are to be doing this business, and being in this industry, because creators never stop.”