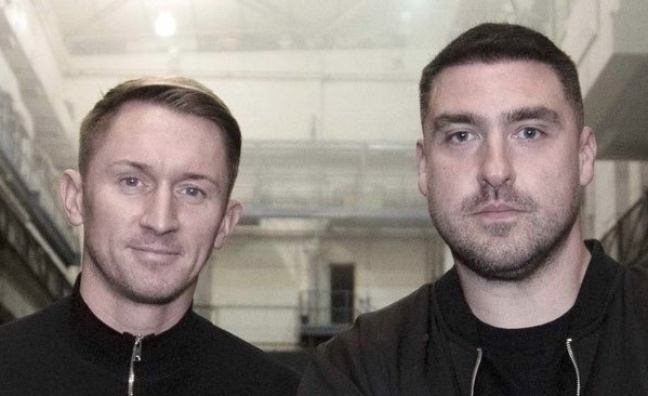 Sony/ATV Music Publishing UK has announced it has renewed its deal with CamelPhat, which will lead to the launch of a publishing joint venture.

The production duo, Mike Di Scala and Dave Whelan, have worked with the likes of Jake Bugg, Rhodes, Noel Gallagher and Foals frontman Yannis Philippakis, as well as creating a series of Grammy and Ivor Novello-nominated electronic and dance songs.

“David and Mike are heroes in the electronic/dance world, and it is a true honour for us to officialise and step up our relationship," said Sony/ATV Music Publishing UK president, co-managing director, David Ventura.

"Outside of their CamelPhat artist act, they have been excelling in songwriting and in production, but also in A&R and collaborating with and for other artists. This is only the beginning of an incredible new chapter.”

“We're really happy to continue working with David and his team,” said CamelPhat in a statement.

“We have known each other for a while now and our admin deal was of great benefit to us as we could see firsthand the team's support and knowledge. We're really excited to make it official, and with our own publishing imprint, it was important for us to help find and nurture the new, fresh and emerging talent. We look forward to what the future holds together.”

Having released their debut album, Dark Matter, last year, CamelPhat's manager Anton Powers said they had opted to remain with Sony/ATV because of the support they had received while exploring a variety of creative avenues.

“The success of CamelPhat is down to two people, Mike and David. They haven't followed any set path or formula. They have trusted their instincts and let the music do the talking, leading and pioneering the way in the electronic dance space," he said.

"They are now forming a tight team around them to help support them and this new relationship with Sony/ATV is one of those. The passion, expertise and energy of David Ventura and his team made this an easy decision to make and were excited to see the journey unfold.”

The British DJ and production duo are signed to RCA Records.