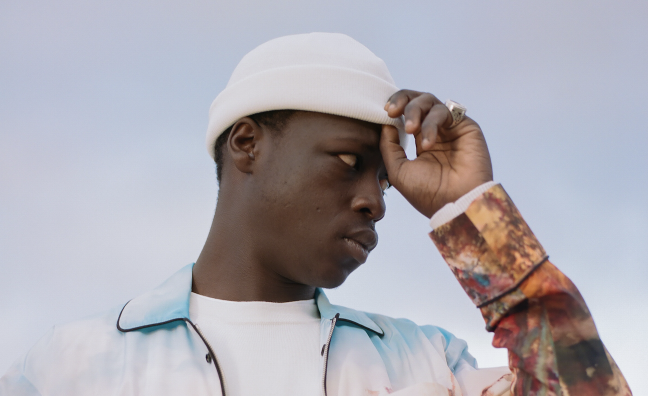 Pa Salieu has been unveiled as the winner of BBC Music’s Sound Of 2021 poll.

The rising rapper is signed to Warner Records and released his debut mixtape Send Them To Coventry (named in tribute to his hometown) late last year. He emerged in 2019 with breakout single Frontline, which has 4,511,992 streams on Spotify. Pa Salieu has 731,795 monthly listeners on the platform.

Pa Salieu featured in Music Week’s New Music Special in January 2020 and we caught up with the MC for an On The Radar interview last summer. He also starred in our lockdown legends feature in December's end of year issue.

“I was just really happy to even be included on the list alongside some amazing artists, a few of who I know personally,” said the rapper. “They’re all crazy talented, so to be the winner of something like this so early in my journey just feels mad."

Pa Salieu’s first BBC coverage came in the summer of 2019, when DJ Target played Dem A Lie. He has since made freestyles for Tiffany Calver and Toddla T and played 1Xtra Live’s virtual event, which was headlined by Burna Boy, last year.

BBC Radio 1 DJ Annie Mac commented: “I’m delighted for Pa Salieu winning the prestigious Sound of 2021. As a man whose childhood was split between The Gambia and Coventry, he has a unique perspective on Britain. His songs are exquisitely produced, with enough restraint for Pa’s voice to shine through and have the space to tell the stories of his life. They are stories of friendship and family, of violence, exclusion and racism and they act as timeless evidence of British street life at the turn of new decade.”

The top five artists for Sound of 2021 are: Pa Salieu, Holly Humberstone, Berwyn, Greentea Peng and Griff. Alfie Templeman, Bree Runway, Dutchavelli, Girl In Red and The Lathums were also on the longlist.

The list was decided by a panel of 160 experts and alumni artists including Billie Eilish, Stormzy, Jorja Smith, Wolf Alice, AJ Tracey, Yungblud, Foals, and Charli XCX. The Sound Of poll started in 2003, when 50 Cent was the winner. Last year, Celeste came out on top, while Keane, Adele, Michael Kiwanuka, Haim, Sam Smith and Ray Blk are among the previous winners.

In his Music Week interview, Pa Salieu said, "An element is missing in this music industry and I’m going to find it". Click here to read it in full.